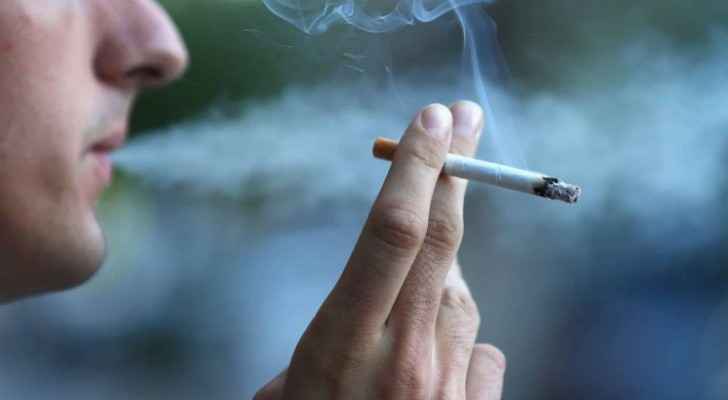 The highest global smoking rates in Jordan have been blamed on tobacco manufacturers’ interference by health officials, following an investigation by British newspaper The Guardian.

A study published in 2019 by the World Health Organization that eight out of 10 men smoke cigarettes or use nicotine containing products regularly such as the e-cigarette.

More than 80% of men frequently smoke cigarettes or use nicotine products, including e-cigarettes, according to a study published by the World Health Organisation (WHO).

The research shows Jordan’s tobacco use has exceeded Indonesia – a country known to have the highest smoking rates worldwide, according to the latest figures.

The average Jordanian smokes 23 cigarettes per day and 45% of students aged between 13 and 15 have used some form of tobacco.

Smoking water pipes, also known as shisha or arguileh is also hugely popular throughout the country.

Head of the Cancer Control Office at the King Hussein Cancer Foundation in Amman, Feras al-Hawari, said the high smoking rates are directly linked with a significant increase of diseases such as cardiovascular heart disease, respiratory disease, diabetes and cancer.

He said the main cause of cancer in 40% of his patients is smoking. Dr al-Hawari urged the government to uphold laws aimed at banning smoking in public places.

Health authorities have attributed the rise in tobacco use to the influence of multinational tobacco companies.

Tobacco companies face less transparency in lower-income countries and are able to “operate more in the dark and overwhelm whatever civic societies exist”, public health associate professor at the American University of Beirut, Rima Nakkash, told The Guardian.

Jordan ranked second across the globe for interference in government by tobacco companies, according to civil rights group Framework Convention Alliance.

International tobacco lobbyists are known to have significant involvement in the Kingdom’s public health legislation and anti-smoking activists have criticised their level of power this grants them.

The tobacco industry has made significant investments in schools and youth programmes, and it is also a major contributor to public funds, the Guardian investigation found. It also offers jobs in a country suffering with an official unemployment rate of 15%.

Tobacco taxes make up 18% of the government’s annual revenue, yet smoking costs Jordan an average of JD 1.62bn in healthcare and loss of productivity each year, according to research funded by the UK. It is the highest per capita figure worldwide and overshadows the approximate JD 9mn the sector contributes in taxes, fees and wages.

PMI and JTI said their interactions with Jordanian officials were lawful in statements to the Guardian.

“In addition, we abide to our own international standards and practices which are stricter than many national laws. In any democratic society, the central objective of regulatory policy – ensuring that regulations are designed and implemented in the public interest – can only be achieved with full participation of those concerned,” said PMI.

There may be no solution for the coronavirus crisis

There may be no solution for the coronavirus ....

There may be no solution for the coronavirus ....

There may be no solution for the ....