Saudi Arabia: Hajj to be held this year with very limited number of pilgrims

Saudi Arabia: Hajj to be held this year with very limited number of pilgrims 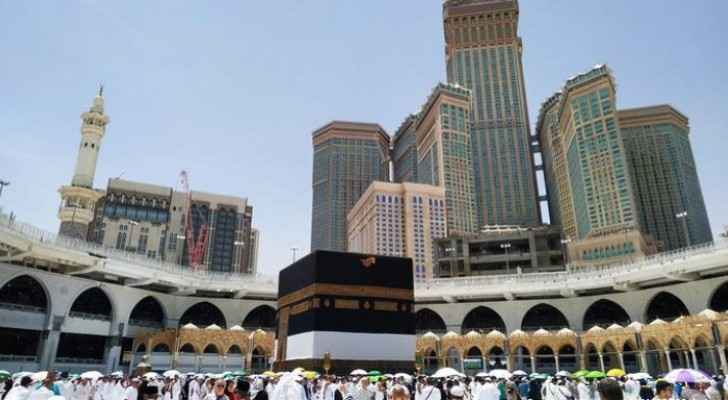 Saudi Arabia announced on Monday, June 22, that Hajj will be held this year but with a very limited number of pilgrims.

In compliance with precautionary measures, older pilgrims are banned from Hajj and additional health checks will be applied on the rest of pilgrims, Gulf News reported.

Only Saudis and expatriate residents of various nationalities are allowed to perform the Hajj rituals this year, as a precautionary and safety measure to avoid crowds and stop the spread of the coronavirus pandemic.

Saudi authorities said the decision is in line with the keenness of the Saudi leadership keenness to ensure the public safety among the outbreak of the COVID-19 virus.

For its part, Jordan confirmed that it fully recognizes the Saudi decision due to the exceptional circumstances that the world is facing.

In a statement to Roya, the spokesman for the Ministry of Awqaf, Hussam Hiyari, stressed that this decision was expected to prevent the spread of the virus in the world since the virus is not over yet and still poses danger.

Earlier in March, Saudi Arabia asked Muslims to put their Hajj plans on hold while Umrah was suspended until further notice.

The pilgrimage, which was scheduled in July this year, is one of the largest religious rituals in the world, with more than 2.5 million pilgrims visiting the holiest sites of Islam in Mecca and Medina for the week-long Hajj, a once-in-a-lifetime duty for every able-bodied Muslim who can afford it.