Awqaf Ministry reopens eight mosques shut down due to pandemic

Awqaf Ministry reopens eight mosques shut down due to pandemic 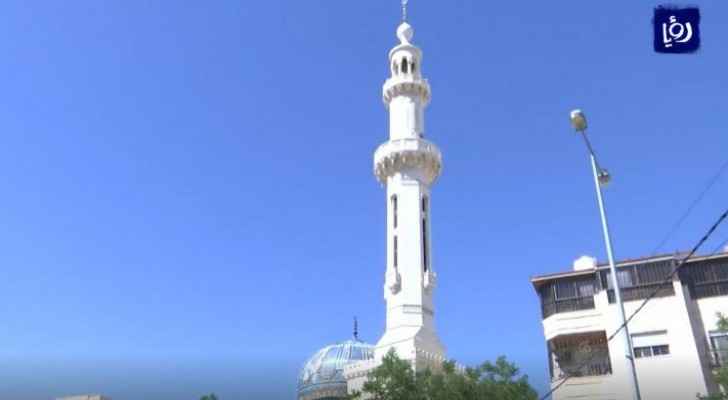 Ministry of Awqaf and Islamic Affairs reopened eight mosques on Saturday, June 20, as announced by the media spokesman for the Ministry, Hossam Al-Hyari.

The mosques were forced to close until further notice due to the discovery of COVID-19 cases in the areas where they are located or suspected to have residents who have been in contact with those cases.

Hyari explained that the decision to reopen mosques is based on evaluations conducted by the Ministry of Health (MOH) investigating the confirmed cases, people who have been in contact with these cases and other suspected cases.

He stressed that the Awqaf Ministry operates according to the health guidelines and public safety measures approved by the MOH.

The Awqaf Ministry had previously announced the health guidelines and public safety measures related to mosques. The list included social distancing, leaving spaces between worshippers, providing disinfecting supplies in every mosque, and closing all toilets and places of ablution.

Hyari noted that there are eight other mosques that were also shut down on June 6, located in Deir Alla, Ramtha and Mraggab area in Amman.

Also read: Epidemics Committee: Jordan not to be safe as long as corona cases increase in neighboring countries