Jordanian medical study: Stress due to COVID-19 may cause heart problems

Jordanian medical study: Stress due to COVID-19 may cause heart problems 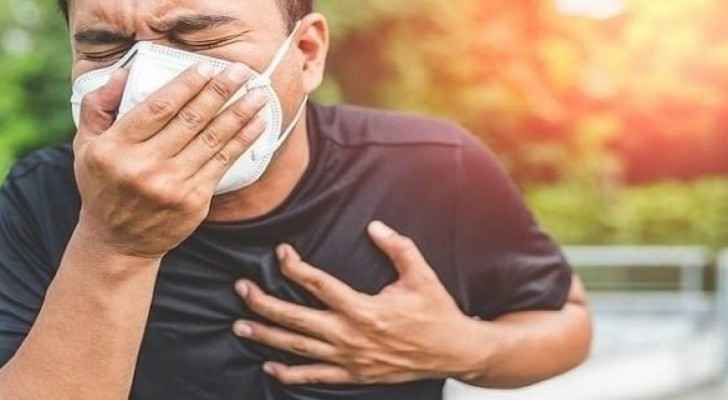 A Jordanian study recently published in a US medical journal revealed that psychological stress due to COVID-19 may cause heart complications.

The study showed that symptoms of stress, anxiety, and loneliness in heart patients and those at risk of arteriosclerosis must be taken very seriously.

The study was conducted by the Jordan Collaborating Cardiology Group (JCC), considered #1 worldwide, and was published by the International Journal of Clinical Cardiology on Thursday, June 18.

It was clear to the researchers that the majority of these patients have previously suffered from heart problems and/or factors contributing to arteriosclerosis such as smoking, diabetes, blood pressure, and cholesterol.

The IJCC hurried in publishing the Jordanian study without the usual delay required for approving and peer-reviewing research, which could have taken months, due to the importance of making the study accessible to doctors all over the world. This was done especially because many countries are still under lockdown.

Dr. Hammoudeh also pointed to the fact that the coronavirus crisis has caused people worldwide terrible losses, noting that the most important measure taken by many countries is imposing lockdown and isolation, and halting international transportation.

He emphasized that countries that imposed lockdowns in the early stages of the pandemic such as Jordan were successful in impeding the consequences of the corona crisis, putting them ahead of other nations.

However, lockdowns and isolation have caused other complications. Some of which include, loneliness, disrupted sleep, fear, stress, as well as economic stresses such as loss of jobs and lack of income.

The primary researcher also noted that patients’ inability to handle these complications and psychological stresses may lead to acute myocardial infection.

Dr. Hammoudeh mentioned studies that have revealed that patients of COVID-19 have been diagnosed with arteriosclerosis and myocardial prolapse, while others have died suddenly. As for those not infected with, studies showed that the stress of the COVID-19 crisis has caused disruption in sleep and negatively affected individuals' professional performance. However, the effect of such stresses on complicating heart problems has not been studied before. The JCC is the only entity that has researched the issue.

He clarified that in spite of the decrease in heart attacks in Jordan and worldwide, a substantial number of heart-related problems arise due to psychological factors that must be taken into consideration.

The Jordanian study urged doctors and patients to pay close attention to psychological symptoms such as fear, loneliness, anger, and stress in members of quarantined families so that early psychological aid might be provided before such cases develop into severe acute myocardial infections.

Many Jordanian cardiologists and medical interns participated in this study, and expect another study to be published soon, which goes into more detail with more patients concerning further medical complications such as strokes and different types of heart attacks.