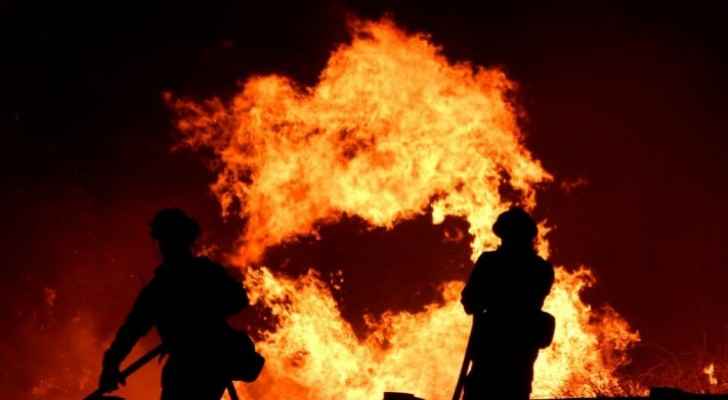 Cadres of the Civil Defence Directorate (CDD) found four charred bodies of Syrian children inside a tent on the Airport Road this morning.

The firefighting and ambulance teams at the West Amman CDD received a report, indicating that a fire broke out in six tents inside a farm located on the Airport Road, according to the spokesman for the Public Security Directorate (PSD).

The spokesman stated that the fire resulted in the death of four Syrian siblings aged ten, eight, three, and one, as they suffered severe burns in various parts of their bodies.

A medical source of the National Center of Forensic Medicine confirmed that the children arrived at Al-Bashir Hospital dead.

The public prosecutor ordered to transfer the bodies to the National Center for Forensics to find out the cause of their death.

A committee, including members of the concerned authorities, has been formed to determine what caused the fire to break out, the media spokesman added.

Criminal suspicion behind death of Jordanian brothers in ....

Criminal suspicion behind death of ....

Two children dead, one injured in ....

Gendarmes save nurse, her daughter after their vehicle ....

Gendarmes save nurse, her daughter after their ....

Gendarmes save nurse, her daughter after their ....

Gendarmes save nurse, her daughter ....