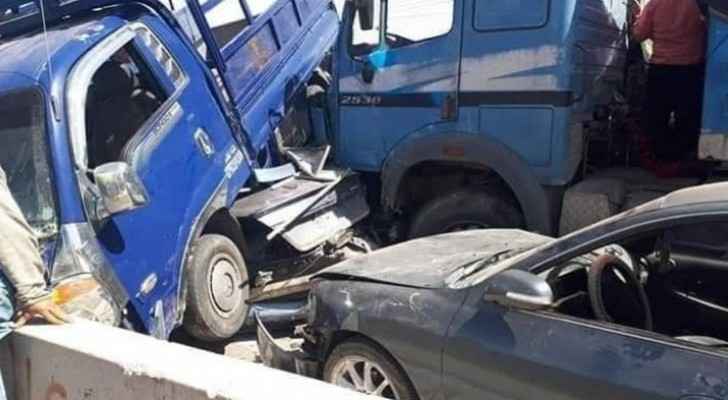 Four people died and 22 others were injured in an eight-vehicle collision accident that took place in the Daba'a area on the Desert Highway this morning, spokesman for the Public Security Directorate (PSD) said.

The spokesman stated that the cadres of the Madaba Civil Defence Directorate (CDD) evacuated the deceased and transferred the injured to a nearby hospital.

He added that one of the injured is in a critical health condition.

The competent authorities have formed a traffic investigation committee to find out how the accident occurred.