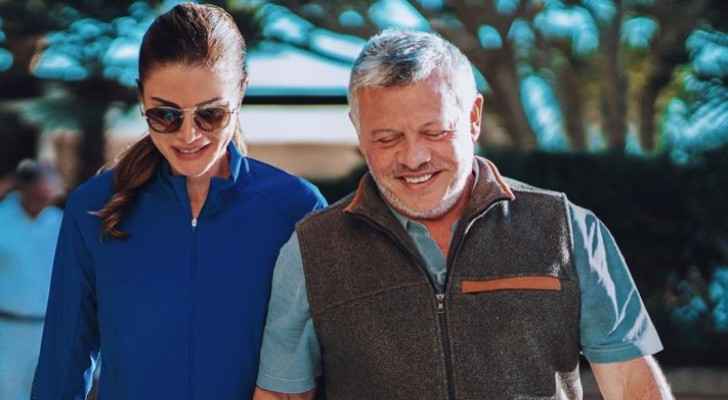 Queen Rania celebrated the anniversary by sharing a photo of her and His Majesty on her Instagram official account.

"How could you not fall in love with that smile, over and over again for 27 years ❤️! So lucky and grateful to have you by my side, happy anniversary," Her Majesty captioned the photo.

Jordanians commemorate 85th birthday of the ....