Masks to be compulsory in Spain until vaccine found

Masks to be compulsory in Spain until vaccine found 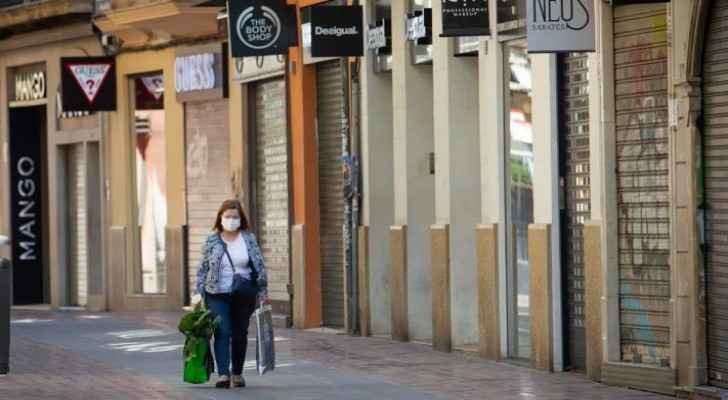 Wearing face masks will be compulsory in Spain until a coronavirus vaccine is found, with police empowered to hand out fines for non-compliance, the government said on Tuesday, June 9.

Health Minister Salvador Illa said the measure would continue after the country's state of emergency ends on June 21 and will "remain in place until we permanently defeat the virus, which is when we have an effective treatment or vaccine against it".

Since May 21, it has been compulsory for everyone aged six and over to wear a mask in public where it is not possible to maintain a two-meter (6.5 feet) distance from other people.

But when the lockdown formally ends, the measure will remain in place with the government introducing a fine of up to 100 euros ($113) for non-compliance -- although the security distance will be slightly reduced to 1.5 metres.

The new regulations will come into force some 10 days before the country reopens its borders to international tourists on July 1.

Mask-wearing was initially imposed in early May as a requirement for those using public transport, and was later expanded in a country where the virus has killed more than 27,000 people.

Although not compulsory for very young children, it is "recommended" for those between three and five.

As well as remaining in force on public transport, the measure will also still be compulsory in private cars unless the occupants live in the same household.

With Spain's epidemic now well under control, the government has been cautiously easing out of its mid-March lockdown with Illa confirming that all travel restrictions would be lifted.

"If the state of emergency is lifted as expected, there will be unrestricted freedom of movement within the country," he said.

The decree also envisages new safety measures within the workplace, such as reorganizing work stations or ensuring staff rotations to avoid overcrowding.

It also requires the health authorities in Spain's 17 regions to be adequately staffed with specialists in epidemic "prevention and control" to quickly manage any new outbreaks.

And to ensure the "traceability" of any new cases, airlines and transport companies must retain the details of all passengers for "at least four weeks" after they have travelled, the decree said.