Ship loaded with 30,000 tonnes of gasoline arrives at Aqaba port 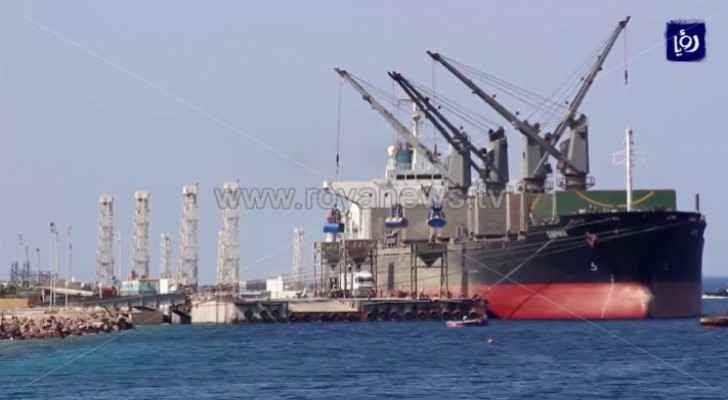 A ship loaded with 30,000 tonnes of gasoline arrived at the port of Aqaba, Minister of Energy and Mineral Resources, Hala Zawati, announced Sunday.

The shipment, which is the second under a tender to enhance the strategic stock of oil derivatives in the Kingdom, completely filled the Amman's strategic terminals of the Jordan Oil Terminals Company (JOTC), located in the Madounah area in the center of the Kingdom.

In a statement, Zawati said the strategic stock is used only when needed or in cases of emergency, while the operational stock is supplied on a daily basis by oil sector companies (Total, JoPetrol and Manaseer).

"The shipment, along with the 50,000 tonnes of diesel arrived 10 days ago, will work to increase the strategic stock in Amman's terminals by 24 percent," she added.

"We took advantage of the low global oil prices to raise the Kingdom’s strategic stock according to the capacities of the company’s storage terminals in Madounah, while no jet fuel or liquefied petroleum gas (LPG) have been imported as the stock is at full capacity" the minister explained, estimating the Kingdom’s oil derivatives stock at all storage terminals, whether governmental or private, to last from two to six months, depending on the type of product and the average daily consumption.

Amman’s strategic terminals in Madounah affiliated to the JOTC, a company owned by the government, were established for the purpose of providing storage capacities for oil derivatives and enhancing the security of the oil derivatives supply, which is one of the main goals of the comprehensive strategy for the energy sector that the Ministry of Energy and Mineral Resources is cooperating to implement.