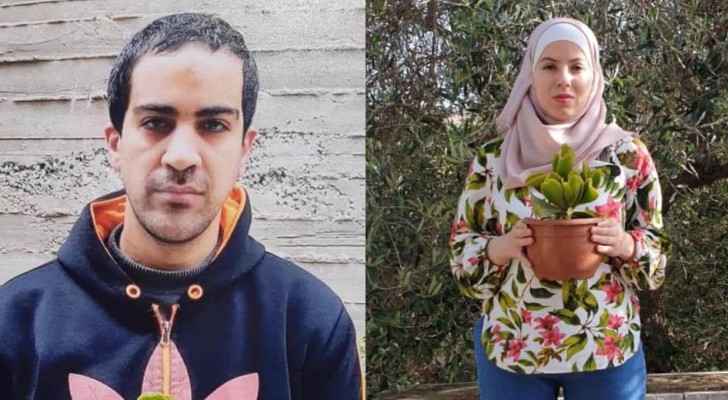 Yasmeen Al-Najjar, a Palestinian disabled woman, posted a photo of her holding a plant pot, under the hashtag #the_flower_of_Eyad, in solidarity with Eyad Hallaq, a Palestinian man with autism who was killed by the Israeli occupation police officers earlier last month.

In a post on her Facebook account, Yasmeen wrote, "Eyad Hallaq a 32 Palestinian with autism from Jerusalem. He was on his way to his special needs school when the Israeli forces murdered him in cold blood."

She added, "I am really sad and angry as a disabled, as a Palestinian, and mainly as a human. But I will follow Eyad’s way and plant the flowers in the Palestinian lands as a symbol of life, hope, and freedom. Who’s with me?"

Shortly after Yasmeen published this post, tens of social media users with disabilities posted their photos under the hashtag #The_flower_of_Eyad or #وردة_اياد.

Eyad was killed on Saturday, May 30, was killed by Israeli forces who said they believed he may be carrying a weapon. He was unarmed and had fled the officers in fear, unable to communicate properly because of his disability. He died just a few meters away from his special-needs school, in East Jerusalem.

The officer who killed him said he thought Hallaq was a terrorist because he was wearing gloves.

Hundreds of Israelis and Palestinians demonstrated Saturday evening, May 30, in Jerusalem and Tel Aviv against the killing of Eyad and George Floyd, an unarmed black man who was killed last week in Minneapolis, Minnesota, after a white police officer pinned him to the ground by his neck. Floyd’s death has sparked mass demonstrations in cities across the United States and many other countries.