CARC Chairman: Millions of losses incurred due to travel ban 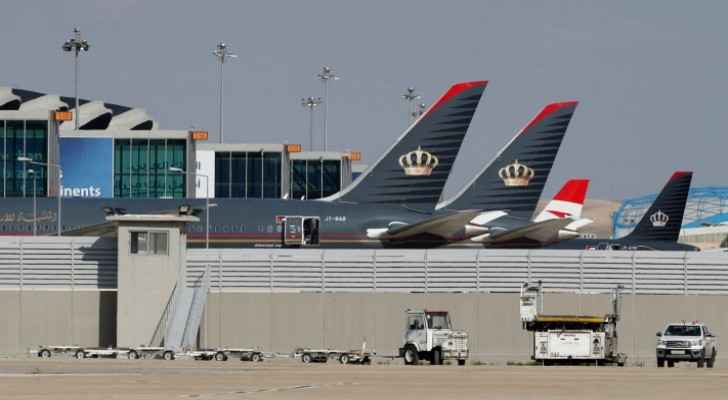 Chairman of the Board of Commissioners at the Civil Aviation Regulatory Commission (CARC), Haitham Mesto, revealed this morning that the aviation industry in Jordan incurred millions of losses due to the coronavirus pandemic that is ravaging the world.

Speaking exclusively to Roya, Mesto stated that the lockdown caused direct financial losses of hundreds of millions of JDs to the airlines in Jordan, just like the other airlines around the world due to the travel ban.

He explained that the airlines in Jordan continue to count their losses, as they have not yet announced the real figures that reveal the size of their losses due to the crisis.

On the indirect impact, Mesto told Roya that nearly 70,000 jobs in Jordan were affected by the airports' closure, and this includes the workers' sector in the aviation industry and the airport, and the supportive sector for aviation such as the tourism sector, tourist guides, and others working in tourist facilities, transportation, and hotels.

Mesto stressed the necessity of gradually dealing with the reopening of the sector, logical coexistence and caution with the corona pandemic, and setting reasonable measures to ensure public safety, confirming that the other challenges facing the aviation industry in the world, such as air safety, navigation and other security and protection for air transport operations should not be neglected.

Also read: CARC Chairman: No date yet been set for reopening Jordan's airports