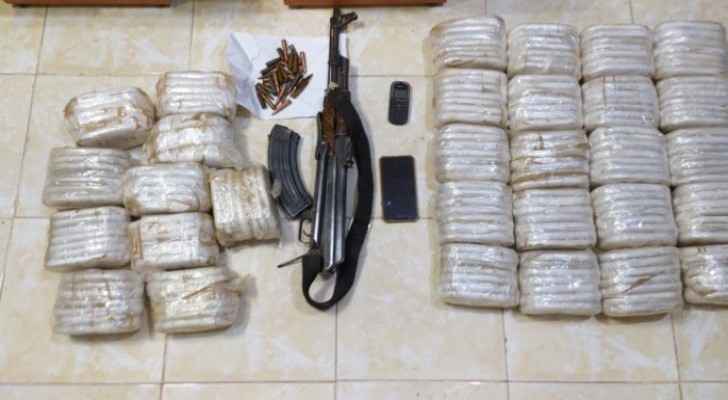 The Eastern Military Zone guards foiled today two attempts by a group of people to infiltrate into the Kingdom from Syria with a quantity of drugs in their possession, a Jordan Armed Forces-Arab Army (JAF) source said.

Border Guards applied the rules of engagement followed in such cases, which led to the arrest of two infiltrators, one of them was injured, while the others escaped back into Syrian territory, the source stated.

"After searching the area, 1272 palm-sized sheets of hashish and a Kalashnikov rifle were seized and transferred along with the arrested infiltrators to the concerned authorities," the source added.

The source stressed that the JAF would firmly deal with any infiltration or smuggling attempt in order to protect the Kingdom's borders.