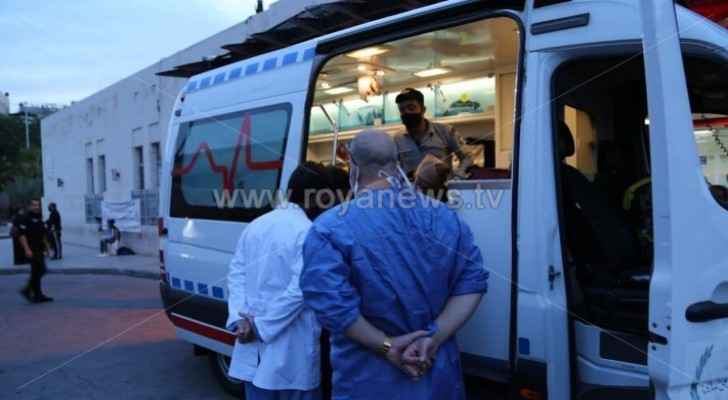 Health authorities in the northern governorate of Irbid said on Saturday, May 30, that the COVID-19 case recently recorded in the city is of a woman who had contracted the virus from her husband.

The woman's home is among several homes in the Northern Jordan Valley that were isolated after the first case in the area was reported around two weeks ago, which was traced back to the Mafraq trucker.

Jordan confirmed four new coronavirus cases on Saturday, bringing the total number of cases since the beginning of the crisis to 734, according to a statement issued by the government and the Ministry of Health.

- Three Jordanian students who have recently returned from Afghanistan, Malaysia, and Britain.

- One person who had direct contact with an infected citizen in Irbid governorate.

According to the statement, no recovery cases were reported today.

Man in Irbid commits suicide by ....