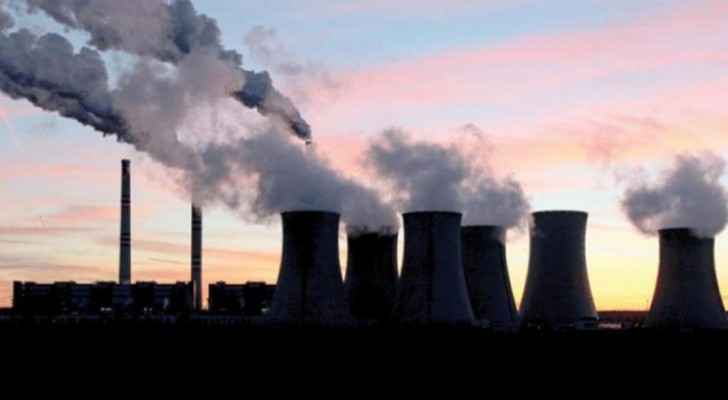 Global carbon-dioxide emissions have fallen to levels not seen since 2006 due to the grounded flights, emptied highways and shuttered factories, as stay-at-home orders peaked last month, Bloomberg reported.

On April 7, global CO₂ emissions were 17% lower compared to the same time last year, according to the conclusion of a new analysis by climate researchers who estimated this year’s CO₂ data across 69 countries, covering 97% of global emissions.

To an optimist, the CO₂ numbers during the lockdown show that "it’s possible to reduce emissions. That’s just not the way that we want to do it," said Glen Peters, research director of the Center for International Climate Research in Oslo, and a co-author of the study. "So we just have to figure out another way to do it. But we know we can do it.”

There are still too many unknowns for scientists to project annual emissions for the entirety of 2020. If pandemic-containment measures lift early this summer, emissions may fall 4% this year over last. Should they persist in a less strict form throughout the year, 2020 may finish 7% lower. Annual CO₂ pollution was stable in 2018 and 2019, approaching 37 billion metric tons.

The International Monetary Fund projected carbon emissions would fall 5.7% this year, of a 3% drop in GDP, and the International Energy Agency estimated an 8% fall. No one has yet estimated how much further emissions could fall in case a second wave of COVID-19 infections forces another global lockdown like the one in April.

That such an undesirable and dramatic sequence of events sets back the global emissions rate just 14 years—to a year already inflamed by a landmark U.K. climate study and Al Gore’s movie An Inconvenient Truth—may be the pandemic’s most consequential climate lesson.

It shows the limits of even the most drastic changes to individual behavior to meet pollution goals, the study concluded. While it’s too soon to predict any long-lasting effects of home confinement, the authors wrote, "social responses alone, as shown here, would not drive the deep and sustained reductions needed to reach net-zero emissions."

Peters said that some of the behavior seen during the COVID-19 lockdown could inform future policy, such as giving people incentives to work from home and attend conferences remotely, while also freeing them to live life normally. Those changes may translate into long-term cuts in emissions, but that’s likely not going to be enough.

If anything, COVID-19 may lead to greater awareness of the scale of the challenge to bring climate change under control. A UN report from last fall suggested that global emissions need to fall 7.6% every year from 2020 to 2030 for the world to have a chance at limiting global warming to 1.5°C.

Favored tactics among some climate activists, such as "flight-shaming" popularized by Greta Thunberg, may be less effective. Even a 75% overnight drop in aviation does not help much to meet climate goals, because the industry accounts for only 3% of global emissions.

Leah Stokes, assistant professor of political science at the University of California, Santa Barbara said, "In a logical world, flying would never have been what we fixated on."

"Climate is an institutional problem, and it’s a political problem. It requires government leadership and policy to get us out of this mess. That is just fundamentally true," she added.

The study, published in the journal Nature Climate Change, required the researchers to assemble sector-by-sector data, and then estimate the emissions associated with them. After 1°C of warming, the world still has no way to track real-time emissions. Some of the sources of data, such as live traffic information or personal movement, are locked behind the doors of large tech companies and not usually available to researchers for analysis.

What happens after the pandemic measures are lifted will determine the emissions trajectory for the rest of 2020. CO₂ pollution fell 1.4% during the 2009 recession and rose 5.1% in 2010. To prevent a resumption of emissions requires nations to accelerate the transformation of the energy system, otherwise, polluting technologies could be locked in for another generation.