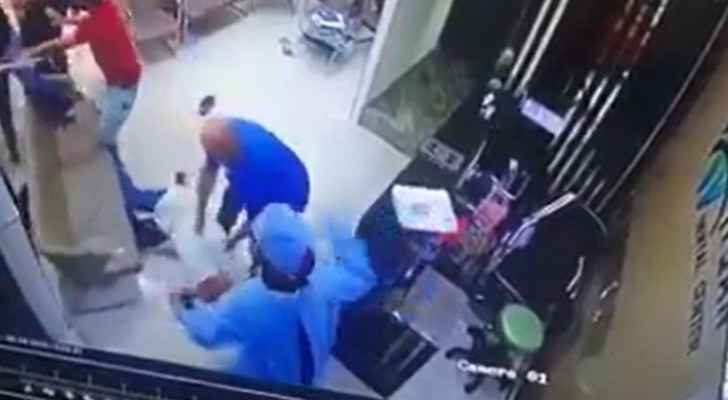 Police arrested on late Monday, May 18, a group of people who physically assaulted a dentist at his clinic in the Hay Nazzal area, Amman, according to the Public Security Directorate (PSD).

In a statement, the PSD said that a dispute erupted between the dentist and the attackers over a sum of money, which prompted the latter to hit the former.

"Immediately, the security forces moved to the site, the attackers were arrested and the doctor was transferred to Al-Maqased Hospital, where his health condition was described as moderate," the statement indicated.

The following video was circulated on social media platforms, showing the moment of the attack.