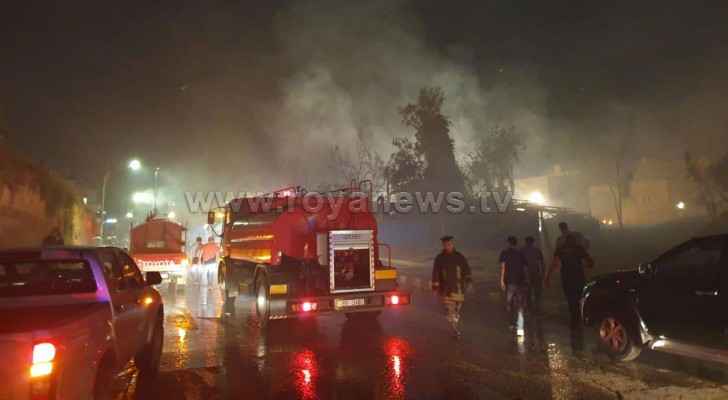 A major fire engulfed this evening the popular market in the Jabal Al Naser district, Eastern Amman, and a greenhouse near the market, spokesman for the Public Security Directorate (PSD) said.

The spokesman added that firefighters managed to put out the fire and prevent its spread, confirming that no injuries were reported.