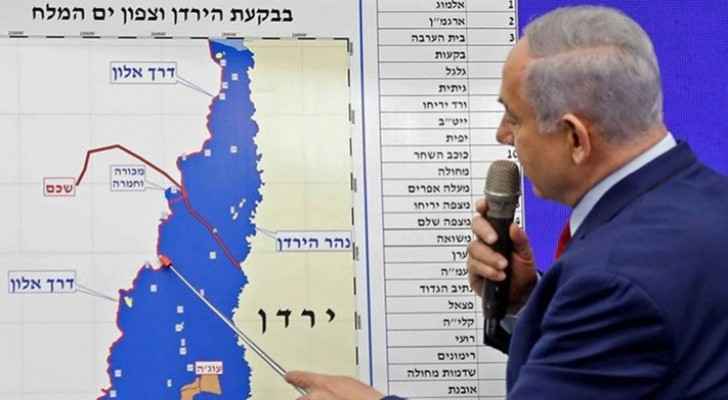 The Israeli Prime Minister, Benjamin Netanyahu, voiced confidence on Sunday, April 26, that Washington would give the Israeli occupation the nod within two months to move ahead with de facto annexation of parts of the occupied West Bank.

Palestinians have expressed outrage at the occupation's plans to cement its hold further on land it seized in the 1967 Middle East war, the territory they are seeking for a state.

In announcing a deal with his centrist rival Benny Gantz last week to form a unity government, Netanyahu set July 1 for the start of cabinet discussions on extending Israeli sovereignty to Jewish settlements in the West Bank and annexing outright the area’s Jordan Valley.

Such a move would need to be agreed with Washington, according to the Netanyahu-Gantz agreement.

In a video address on Sunday to a pro-Israeli Christian group in Europe, Netanyahu described a U.S. peace proposal announced by President Donald Trump in January as a promise to recognize the occupation's authority over West Bank settlement land.

"A couple of months from now I am confident that that pledge will be honored," Netanyahu told the European Commission for the occupation.

Palestinians have flatly rejected the Trump peace proposal, partly because it awards the occupation most of what it has sought during decades of conflict, including nearly all the occupied land on which it has built settlements.

U.S. Secretary of State Mike Pompeo said on Wednesday it was up to the Israeli occupation whether to annex parts of the West Bank and said that Washington would offer its views privately to its new government.

The Palestinians and many countries regard Israel’s settlements in the West Bank as illegal under the Geneva Conventions that bar settling on land captured in war.

The Israeli occupation disputes this, citing security needs and biblical, historical and political connections to the land.

Death sentence reduced for man who ....