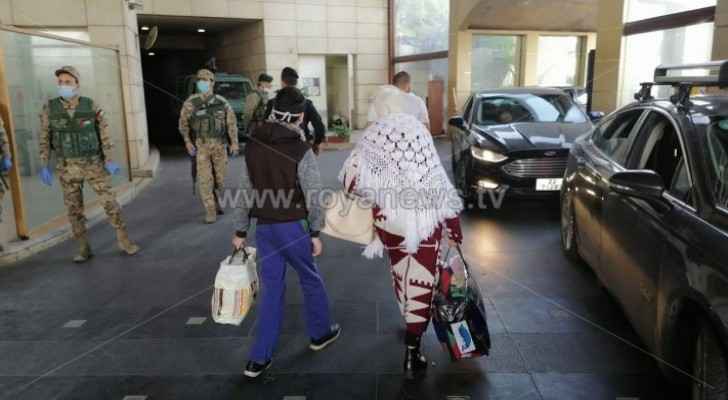 Head of COVID-19 Crisis Management Group Operations, Brigadier Mazen Farayah has revealed today that 291 people quarantined in a hotel in Amman will undergo medical tests to check if they still have the virus or have recovered.

He confirmed in press statements that people who test negative tomorrow will be immediately discharged from the hotel according to a plan set by the Jordan Armed Forces-Arab Army (JAF) and that was implemented a couple of days ago.

On Monday, March 30, and Tuesday, March 31, nearly 3,3337 Jordanians and 1,148 people of 67 nationalities were discharged from hotels used as quarantine centers in the Dead Sea and Amman.

The quarantined were transported via ride-hailing apps vehicles, in coordination with the Land Transport Regulatory Commission (LTRC). The process is being followed by the crisis management operations rooms.