The 8th season of 'Sit El Nakhat' cooking competition: Who are the judges?

The 8th season of 'Sit El Nakhat' cooking competition: Who are the judges? 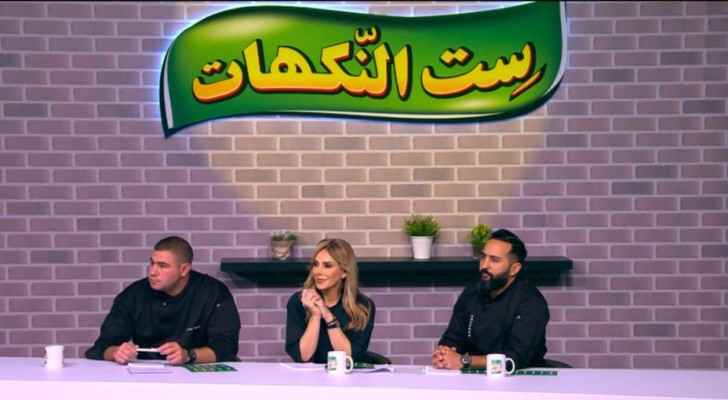 The eighth season of Roya's popular cooking competition show "Sit El Nakhat" is coming soon in Ramadan 2020, with 30 talented contestants, where only one of them will be crowned "Sit El Nakhat" at the end of the month.

But who are gonna be the judges to select the winner?

Deema holds a Bachelor's degree in English literature. She's a Chef and presenter of cooking shows broadcast on local and international TV channels.

Deema has also authored three cookbooks, in addition to being a recipe developer and a brand ambassador to many Jordanian and international companies' products.

He holds a Bachelor's degree in Hotel Management from Glion Institute of Higher Education in Switzerland. In addition, he holds a Master's degree in Culinary Arts from Italy.

Taimour holds a Bachelor's degree in Business Administration and a diploma in Culinary Arts.

His cooking skills took cooking to a whole new level.

Taimour is best known for his TV show "Chefman" that is currently broadcast on Roya TV. During the past five seasons of the show, Taimour has been traveling the world and exploring cultures and international cuisine.

He's a public figure on social media platforms, where he shares recipes and tasty dishes with his followers from all over the world.

You can watch the previous seasons of the show here.