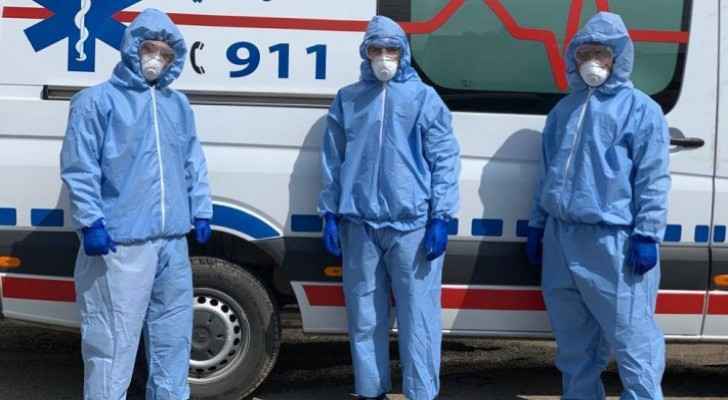 Spokesman for the National Committee for Epidemics Nathir Obaidat has said this morning that there are three critical coronavirus cases in the Kingdom, two of them are in Prince Hamzah Hospital and one is in the Founding King Hussein University Hospital in Irbid.

Speaking to Roya, Obaidat added that that the third person who died last night, suffered from a lung infection due to complications of the virus, which resulted in severe respiratory failure.

He added that most of the cases are currently in a good health condition, noting that some of them suffer from pneumonia and they are being monitored.

"The incubation period of the virus ranges between two to 14 days, so the people quarantined in the hotels were discharged, given that they were instructed to stay in their homes and not to go out or have close contact with others," Obaidat stated.

He explained that any person who was discharged will be monitored in case of any symptoms, confirming that they all signed in order to adhere to the instructions.