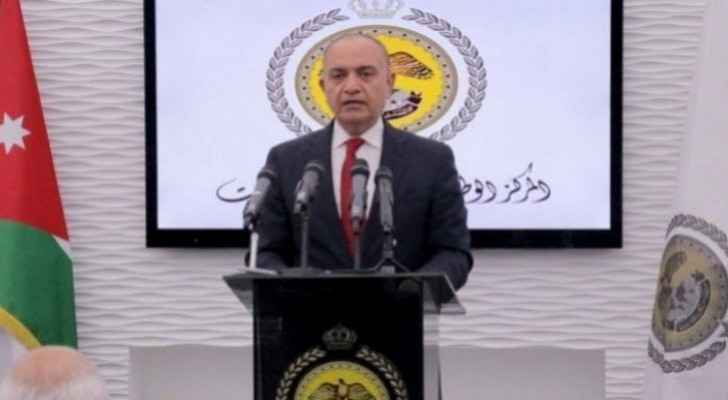 Prime Minister Omar Razzaz has decided to suspend work hours for all ministries, official departments, institutions and public bodies as of Wednesday morning, April 1, until April 15, the Minister of State for Media Affairs, Amjad Adaileh, announced today during a press briefing at the National Center for Security and Crisis Management.

The decision excludes the vital government sectors whose work nature requires otherwise and that were previously determined by the concerned ministers.

It also excludes vital sectors in the private sector that were identified by a decision taken by the Minister of Industry, Trade and Supply or the governor of the Central Bank of Jordan in relation to the banking sector.

The public and private health sectors are also excluded from the decision, Adaileh confirmed.