Two Palestinians test positive for coronavirus in West Bank, bringing the total to 62 in Palestine

Two Palestinians test positive for coronavirus in West Bank, bringing the total to 62 in Palestine 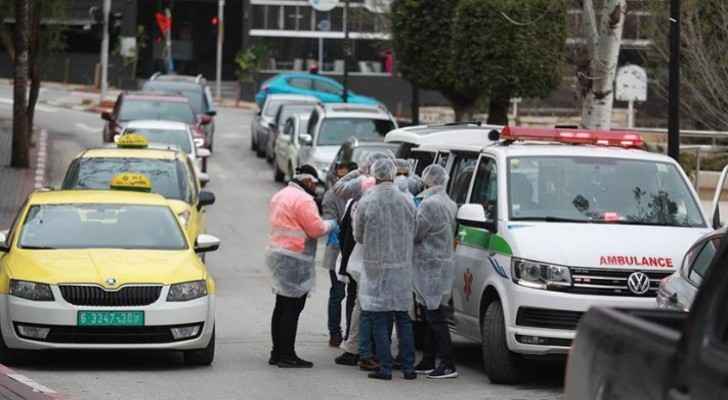 He added in his daily briefing on the novel virus that one woman in her twenties from Ramallah, whose mother was tested positive for the virus yesterday after returning home from the United States, has also tested positive and was taken to the special healing center near Ramallah.

The second is a woman in her sixties from the village of Biddo, near Ramallah, who may have contracted the disease from her sons who work in Israel, said Milhem, since she was not a traveler nor seem to have been in contact with infected people. Tests are currently being conducted on her sons to see if any of them carries the virus. The woman was also moved to the healing center near Ramallah.

Milhem also said two female students from Ramallah who were studying in Italy and returned home the day before yesterday tested negative for the virus and were sent for a home quarantine for two weeks.

Two of the 62 total cases in Palestine are in the Gaza Strip and the rest in the West Bank, mainly in the cities of Ramallah and Bethlehem.

Milhem said tests on 16 cases in Bethlehem came back positive and therefore they will continue to be in the quarantine center in the city.

He said that tests were conducted on 4702 cases in Palestine since the start of the disease earlier this month and the majority were negative.