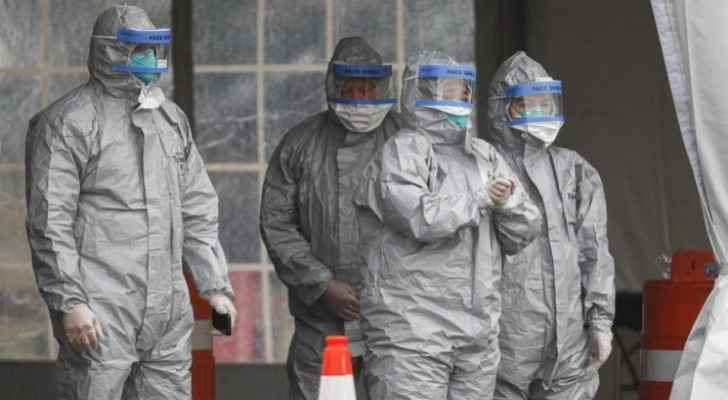 If you’re not feeling well, and you’re afraid you might be infected with the new coronavirus (COVID-19), you may need to know what are the most common signs and symptoms of the virus.

According to the World Health Organization (WHO), the corona signs and symptoms may vary from one case to another.

However, based on data issued by the WHO and 55, 924 confirmed corona cases around the world, the most common signs and symptoms of the virus are fever and dry cough (which are each seen in a majority of cases), fatigue, and sputum (the technical term for thick mucus coughed up from the respiratory tract), according to the U.S. Vox website.

Based on the confirmed cases, the WHO says 88% of infected people experienced a fever and 68% had a dry cough. "Covid-19 disease usually begins with mild fever, dry cough, sore throat and malaise," writes Megan Murray, a professor of epidemiology at Harvard Medical School, in an FAQ for the Abundance Foundation. "Unlike the coronavirus infections that cause the common cold, it is not usually associated with a runny nose."

These symptoms emerge five or six days after infection on average but can show up in as little as a day or as much as two weeks after exposure, Vox reported.

What should you do if you have any of these symptoms?

People who are in one of the high-risk groups, those who are over 60 years old, have diabetes, hypertension, or preexisting breathing problems or are being treated for cancer, should seek immediate medical treatment. You should also let your health care provider know before you get there that you suspect you may have the virus.

If you’re not in a high-risk group and have mild or severe symptoms, you should also call a health professional, a doctor, a nurse, or a public health official, so they will figure out whether you need to get tested or get treatment.

Don’t panic! Most people who get infected get better, often on their own with just rest, fluids, and fever medication. If you are advised to stay home, there are several other measures you should take, according to the Centers for Disease Control and Prevention.

However, you should avoid direct contact with other people, especially in the early stages of symptoms, when the disease is most contagious. That means you should stay home and separate yourself from the people in your home. You should also avoid sharing household items like towels, dishes, and bedding.

When coughing or sneezing, cover your mouth and nose with a tissue. Wash your hands often with soap and water for at least 20 seconds. Clean the surfaces in your home that you come into contact with regularly, like counters, doorknobs, bedside tables, keyboards, and phones. "

When leaving your home, wear a face mask to avoid spreading the virus, if you’re sick.

Remember that by following these steps, you're not only protecting yourself, but also the people around you.