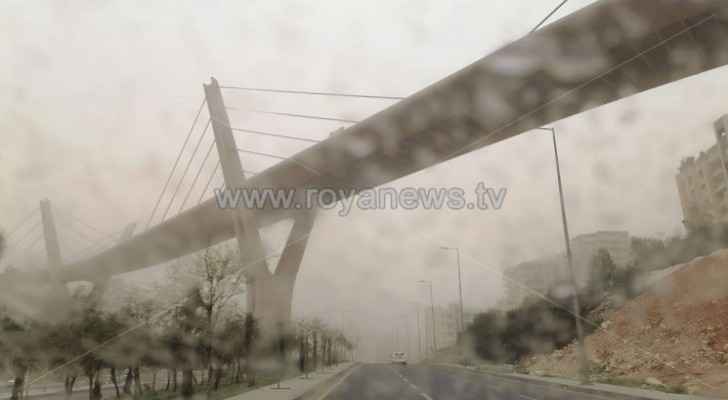 The current severe weather conditions that are affecting the Kingdom are expected to last until early morning tomorrow.

He urged citizens to fix down rooftop objects which can be uplifted by winds to prevent endangering others and not to drive too fast.

The Kingdom and the surrounding region are getting affected by a fourth-degree weather depression, which is centered between the Palestinian coast and the north of Egypt.

A dust storm has started to hit various parts of Amman this afternoon, as several roads in Amman are witnessing low visibility due to heavy dust that is accompanied by eastern strong winds.