Japanese Grant of US$ 90,183 for the Greater Madaba Municipality

Japanese Grant of US$ 90,183 for the Greater Madaba Municipality 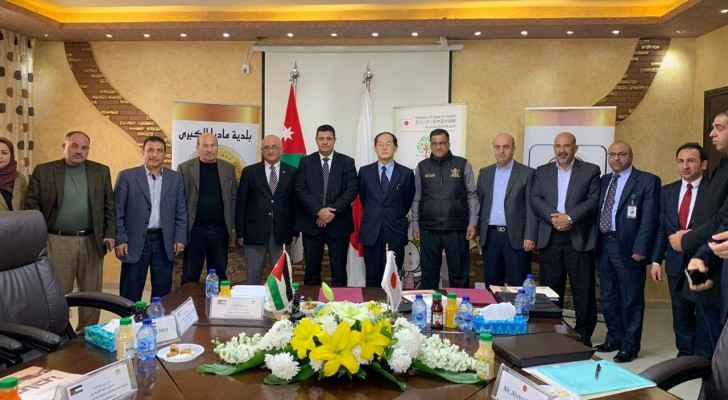 The Government of Japan has decided to extend a grant of ninety thousand one hundred and eighty-three US dollars (US$ 90,183) to Greater Madaba Municipality for the provision of kitchen equipment under the scheme called Grant Assistance for Grass-roots Human Security Projects (GGP).

A Grant Contract was signed on March 5, 2020, by H.E. Mr. YANAGI Hidenao, Ambassador of Japan to the Hashemite Kingdom of Jordan and H.E. Eng. Ahmad Salameh Al-Azaydeh, Mayor of Greater Madaba Municipality.

This grant assistance aims to empower women and improve the unemployment rate in Greater Madaba Municipality by providing kitchen equipment to establish "Madaba Production Kitchen" in Greater Madaba Municipality. The establishment of "Madaba Production Kitchen" is a part of the "Strategic Plan for Local Economic Development 2019-2021" prepared by the Greater Madaba Municipality. The Kitchen will be opened by October 2020 for the purpose of empowering women and increasing their participation in the labor market to activate their economic participation in Madaba. According to the Department of Statistics of Jordan, the unemployment rate in Madaba has reached 23.9% during the third quarter of 2019, which recorded the highest of all governorates in the Kingdom. This project will contribute to creating more job opportunities for vulnerable women in Madaba, which will lead them to be economically independent in the end.

At the signing ceremony, Ambassador YANAGI expressed his appreciation to Greater Madaba Municipality for its commitment to local economic development and better services and stated: "We appreciate the initiative of the Municipality to establish “Madaba Production Kitchen" for the purpose of training vulnerable women and increasing job opportunities, which will lead them to be economically independent in the end. I sincerely hope that this new project will contribute to empower vulnerable women in Madaba and enhance their standard of living.”

Under Japanese Grant Assistance for Grass-Roots Human Security Projects, Japan has extended more than ten million US Dollars for 149 projects including 2 projects in Madaba to non-governmental organizations, schools, hospitals, and local governments in Jordan since 1993.