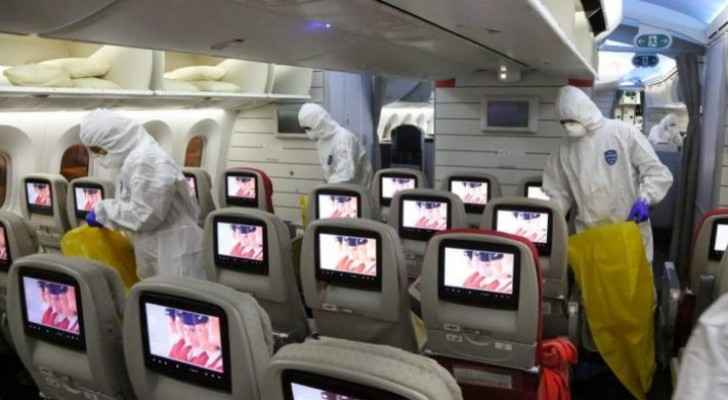 The Civil Aviation Regulatory Commission (CARC) has invited officials from national and foreign airlines operating in Jordan to attend an emergency meeting, in order to give them a brief about the latest developments on the spread of coronavirus and its impact on the air transport sector.

His Excellency Chairman of the Board of Commissioners at the CARC, Haitham Mesto briefed the attendees on the measures that have been taken by CARC as a precaution against corona.

During the meeting, Mesto explained that non-Jordanians coming from China, South Korea, Iran and Italy are not allowed to enter the Kingdom.

National and foreign airlines operating in Jordan were urged to cooperate with CARC and make official announcements when Jordanian nationals arrive in Jordan from a country with corona cases.

"If a flight was canceled or delayed, airlines must report that to CARC and secure the travelers' safe return to the Kingdom," Mesto mentioned.

The director of aviation medicine at CARC has also given a summary of how the virus transmits and how to deal with travelers when symptoms of the virus appear on them while they are on board.

Mesto has also issued a precautionary circular to ban employees at local companies from traveling on mission trips and ban hosting events or meetings in Jordan if not necessary and until further notice.

CARC had earlier urged Jordanians, who are currently traveling or residing abroad, to contact its offices when facing any difficulties while flying back to the Kingdom.

These measures are part of a series of measures taken by CARC to deal with the emerging virus.