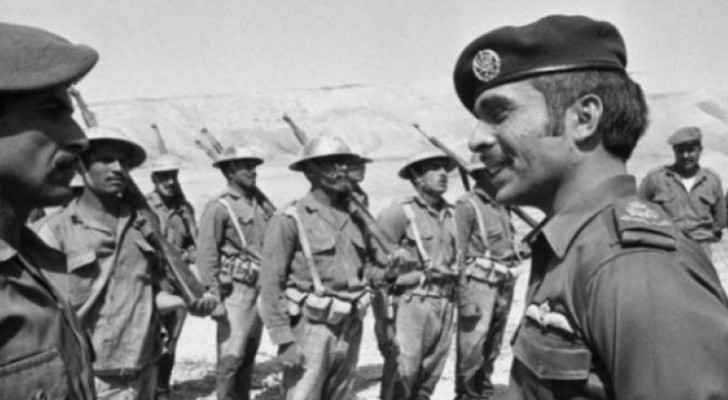 In the 64th anniversary of the Arabization of the Jordanian Army command, His Majesty King Abdullah II and His Royal Highness Crown Prince al Hussein have received cables from senior officials and officers on this occasion.

The officials recalled the landmark decision by His Majesty the late King Hussein as a turning point in Jordan’s history, paying tribute to the sacrifices of the Arab Army in defence of the homeland.

They commended King Abdullah’s ongoing efforts to support the JAF and security agencies as protectors of the nation and its values.

Since 1956, Jordanians have celebrated the anniversary of Arabizing the Jordanian Army on March 1st. The event celebrates King Hussein’s dismissal of senior British officers commanding the Arab Legion and the subsequent renaming of the legion into the Jordanian Armed Forces.

Upon learning of the decisions, the angered British government demanded that all the remaining senior British officers resign.

As a result of the Arabization, the police were separated from the Army as the Public Security Directorate under the auspices of the Ministry of Interior. Furthermore, major General Radi Annab succeeded John Bagot Glubb as chief of staff, becoming the first Arab commander of the Arab Legion.

King in commemoration of Arabization of ....