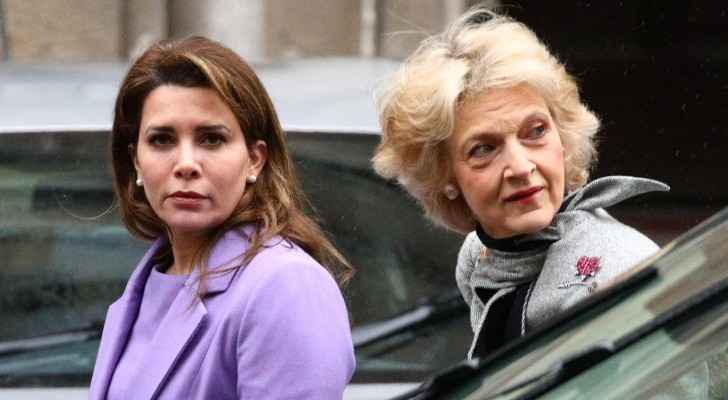 The ruler of Dubai, Sheikh Mohammed bin Rashid al-Maktoum, has failed to prevent publication of two family court judgments involving his children with his ex-wife Princess Haya of Jordan.

Al-Maktoum had said that the judgments of Andrew McFarlane, president of London’s High Court Family Division, in the case involving Princess Haya bint al-Hussein, half-sister of Jordan’s King Abdullah, were wrong in law and should not be publicized.

"The unanimous decision of the court is that these appeals should be dismissed," said Justice Nicholas Underhill, vice-president of the Court of Appeal.

"This means that both judgments, and the judgment on the question of publication, can be published."

The three Court of Appeal judges refused permission for Mohammed’s legal team to appeal to the Supreme Court, saying their reasons would be given next week.

However, they agreed that McFarlane’s rulings should not be made public until at least next Tuesday at 1800 local time to allow an application to be made directly to the United Kingdom’s highest judicial body.

The contest in the British court began in May 2019 and there have been a number of private hearings at London’s High Court before McFarlane which have been subject to strict reporting restrictions.

Mohammed, 70, had appealed against publication of two judgments by McFarlane on "fact-finding" and "assurances and waivers", after he decided last month that these should be made public.

Princess Haya, 45-year-old daughter of the late King Hussein of Jordan, and the court-appointed guardian of the children both supported publication, the court heard.

Princess Haya in court for London hearing in legal battle ....

Princess Haya in court for London hearing in ....

Princess Haya in court for London hearing in ....

Princess Haya in court for London ....

Burj Khalifa lit up with image of New Zealand Prime ....

Burj Khalifa lit up with image of New ....