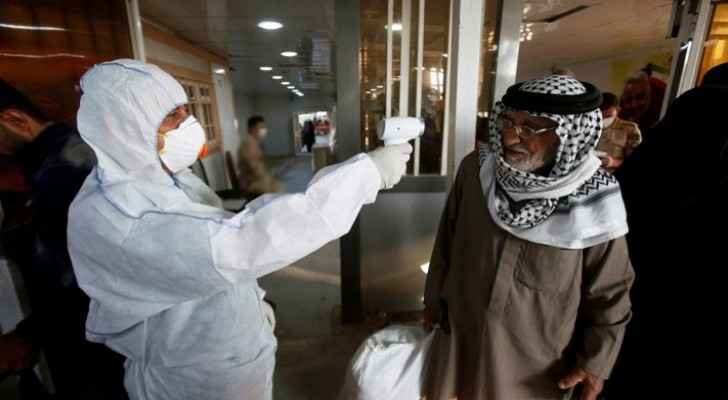 Medical personnel, at the Karameh Border Crossing with Iraq, informed seven Iraqi nationals, who turned out to be suffering a rise in their temperatures, that they have to return to their country.

Seven Iraqis who were coming to Jordan through the Karameh Border Crossing were told to return to their country, after survey tests showed that their temperatures rose above 37 degrees, Director of the Ruwaished Public Hospital, the town's health department chief, Musa Abu Aqoula said.

He explained that their return was based on the precautionary measures followed by the Health Ministry, to prevent the spread of the Coronavirus in the Kingdom.

He added that coordination between cadres at the Karameh Border Crossing, with their counterparts in the Iraqi borders, to deny entry of suspected cases from both sides, and return them to their country, while only citizens are allowed to enter their country, provided that tests are carried out and they are isolated in special centers to verify their medical condition.

Abu Aqoula noted that the number of Iraqis arriving in Jordan ranges between 500-700 per day, pointing out that they are subject to thermal tests set by the ministry in the border area through medical and nursing cadres to maintain safety and public health for the Jordanian and Iraqi sides.

He added that the ministry has provided medical cadres with special binoculars for protection from coronavirus and medical sterilizers, in addition to distributing masks to all medical, security and customs cadres to prevent the disease.