Korean delegation suspected of having corona banned from entering Jordan

Korean delegation suspected of having corona banned from entering Jordan 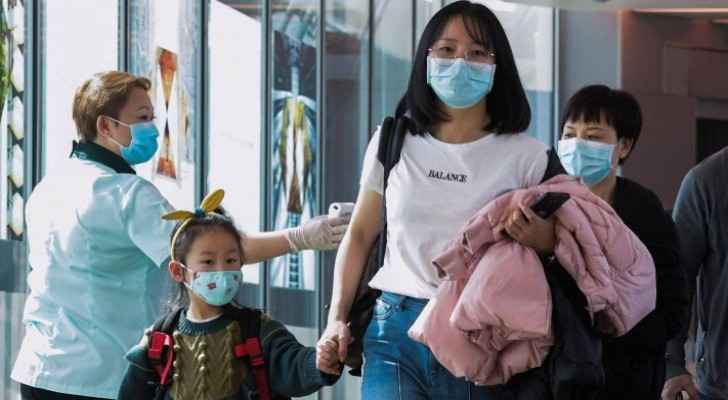 The concerned security services have banned members of a Korean delegation from entering the Kingdom after they were suspected of having coronavirus.

In a statement, the Assistant Secretary-General of the Ministry of Health, Dr. Adnan Ishaq explained that upon their arrival at Queen Alia International Airport (QAIA), the Korean nationals were held in an isolated area, until they fly back to Korea on board of the same plane.

Ishaq added that the Koreans were prevented from entering the Kingdom as a precautionary measure.

In a statement he made yesterday, the Minister of State for Media Affairs, Amjad Al-Adayleh, said that non-Jordanians coming from Iran, South Korea and China are prevented from entering the Kingdom as a temporary precaution, in line with the precautionary measures that many countries are applying as to prevent the spread of the novel coronavirus.

He noted that the government started to apply additional precautionary measures against the new coronavirus in light of the high number of cases in South Korea and Iran.

However, Head of Al-Bashir Hospital, Dr. Mahmoud Zureiqat confirmed that five Jordanian citizens are still quarantined at the Epidemic Diseases Department (Isolation Department) to ensure that they don't have the virus.

Zureiqat said that these citizens have recently arrived in Jordan from China.

He stressed that people coming from Saudi Arabia, Kuwait and Italy are not prevented from entering the Kingdom. However, they undergo medical examinations before leaving the country they are coming from.

Any suspected corona case will be immediately quarantined, in line with the medical protocols of the Health Ministry.

Palestinians coming from Iran and South Korea undergo medical examinations according to the measures applied by the Health Ministry, Zureiqat mentioned.