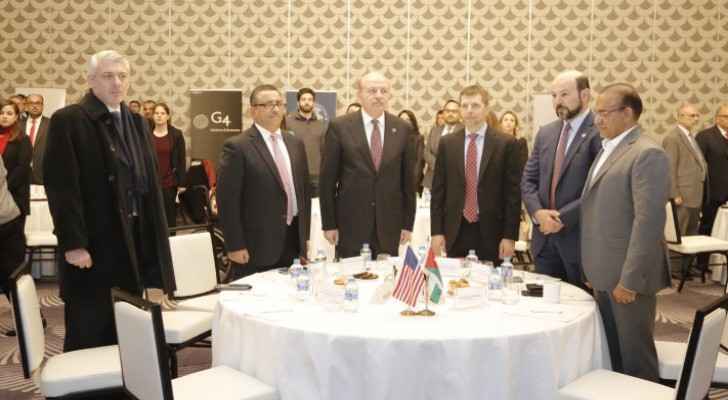 Advisor to the Prime Minister, Head of the Public-Private Partnership (PPP), Mahmoud Khoshman, reviewed on Wednesday 22, projects within the partnership program.

Khoshman, during an executive session organized by the American Chamber of Commerce in Jordan (AmCham-Jordan), said the new projects in the port city of Aqaba include a new multi-purpose port, a liquids and oil products facility, a distribution network for natural gas, and an e-commerce center at King Hussein International Airport.

The Public-Private Partnership Law of 2019, which was approved by the Lower House last Sunday and expected to enter into force before the end of next March, was developed and drafted based on the best regulatory practices in the world, and is designed to enable the government to choose and present joint, high quality projects for investors and developers, he noted.

Under the new law, he said a directorate of public-private partnership was established at the Prime Ministry, with four employees scheduled to increase to about 10 during the first half of 2020.

For his part, the AmCham-Jordan Chairman of the Board of Directors, Eng. Mohammed Batayneh, said Jordan has "successfully" implemented partnership projects between the public and private sectors, such as Queen Alia International Airport, the first airport in the Middle East to be recognized as the best in the Middle East by the International Airports Council in 2014 and 2015, Aqaba Container Port, and Tafila Wind Farm, among others.

Public sector March wages to be disbursed today and ....

Public sector March wages to be ....