Mass march in Aqaba in support of King's stance on Jerusalem

Mass march in Aqaba in support of King's stance on Jerusalem 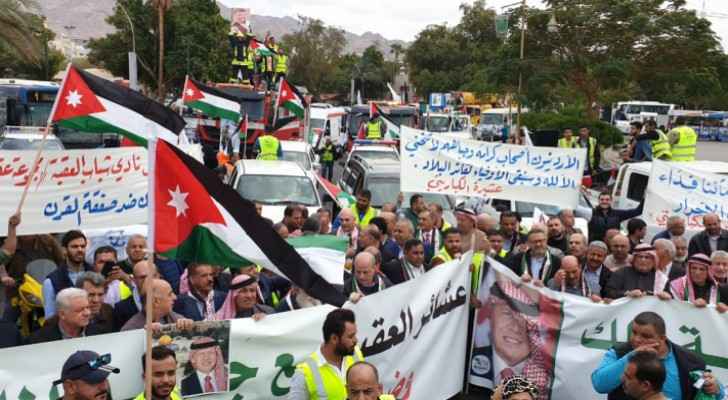 Dozens of citizens have organized a march in Aqaba today in support of His Majesty King Abdullah II's stance on Jerusalem and the holy sites.

During the march that was organized by members of the Aqaba Youth Center, President of the Center made a speech, addressing the role of the Hashemite leadership in supporting Jerusalem, the holy sites and Hashemite custodianship.

People, who were holding images of His Majesty and banner indicating statements that confirm their allegiance and loyalty to the King, expressed their pride in His Majesty's honorable stances.

They also raised banners indicating statements that show their rejection of the so-called "Deal of the Century" and His Majesty's known statement "No for resettlement, no for an alternative homeland and no for giving up the Hashemite guardianship over the Islamic and Christian sanctities."