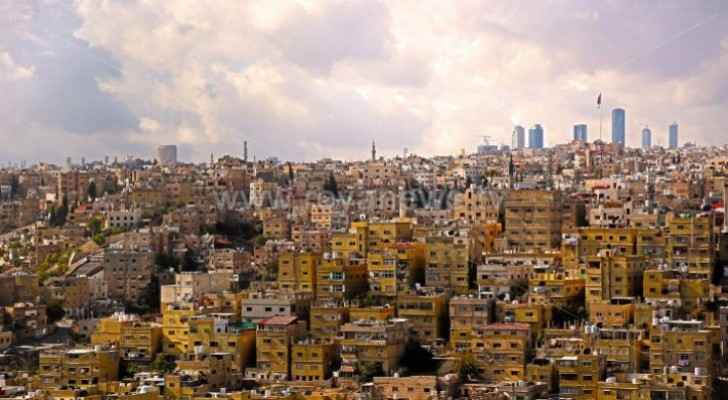 The weather today was sunny, yet relatively cold in most parts of the Kingdom.

The Jordan Meteorological Department (JMD) has released the expected weather conditions for the rest of the week as follows:

Tomorrow, temperatures will be above their annual average, yet the weather will be cold in most parts of the Kingdom.

Warm weather conditions are forecast in the Aghwar areas, the Dead Sea and Aqaba.

At night, partly cloudy to overcast skies are in the forecast, with a chance of rain showers in various areas.
Southeasterly active winds are expected, causing dust to rise in several areas.

JMD warns of low visibility due to dust.

On Wednesday, February 19, a drop in temperatures is expected, as the weather will be cold in most governorates, with partly cloudy to overcast skies.

There will be a chance of rain showers in various parts of the Kingdom. Rain may be heavy at times and accompanied by thunderstorms and hail showers.

On Thursday, February 20, the weather will be generally cold and partly cloudy, with a chance of rain showers in some areas.