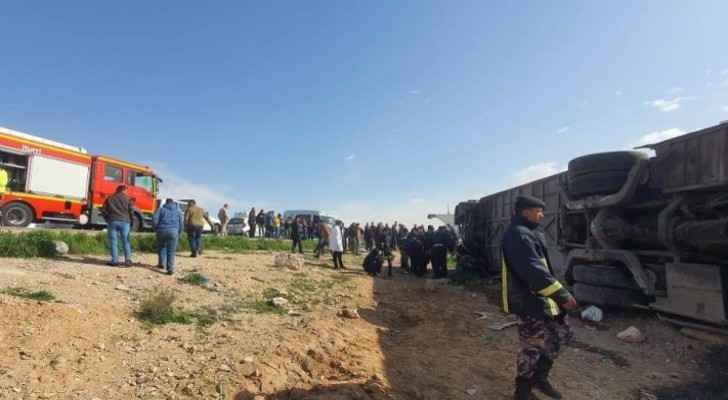 The number of people injured in the Zarqa-Mafraq road accident has risen to 41, Head of the Zarqa Public Hospital, Mabrouk Al Sraihin said.

"There is no need to transfer any of the injured to another hospital," Al Sraihin said. The accident that took place this morning near Zarqa Private Hospital left a woman dead.

Earlier in the day, spokesman for the Civil Defense Directorate (CDD), Iyad Al Amro explained that cadres of the CDD rushed to the site of the accident, provided the necessary first aid to the injured and transferred them, along with the deceased to Zarqa Public Hospital.

Medical staff at Prince Hamzah Hospital shall be placed in ....

Medical staff at Prince Hamzah Hospital shall be ....