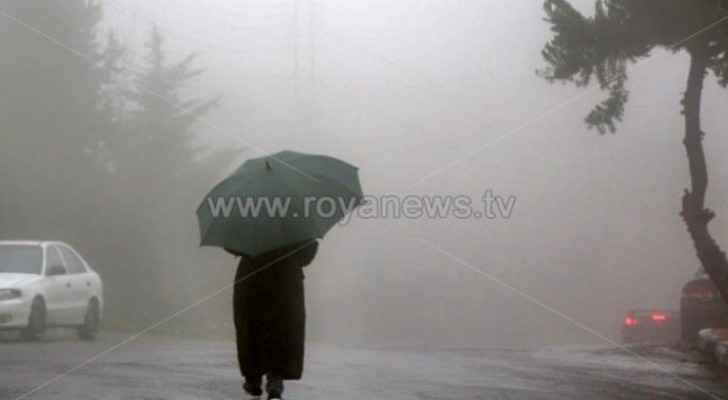 The Kingdom will be affected by unstable weather conditions tomorrow, bringing rainfall in various parts of the Kingdom, according to Arabia Weather.

A drop in temperatures in in the forecast tomorrow, as the weather will be relatively cold, with a chance of rain showers, especially in the aftrenoon.

Rainfall may be accompanied by thunderstorms , with southwesterly winds, causing dust to rise in the Badia region.

At night, the weather will be generally cold and partly cloudy, with a chance of rain showers in several areas.

Foggy weather is expected over the southern high mountains, the eastern plains and the Badia region. Arabia Weather warns of low visibility in those areas.

It also warns of flooding in the valleys and lowlands due to heavy rainfall in the southern high mountains.