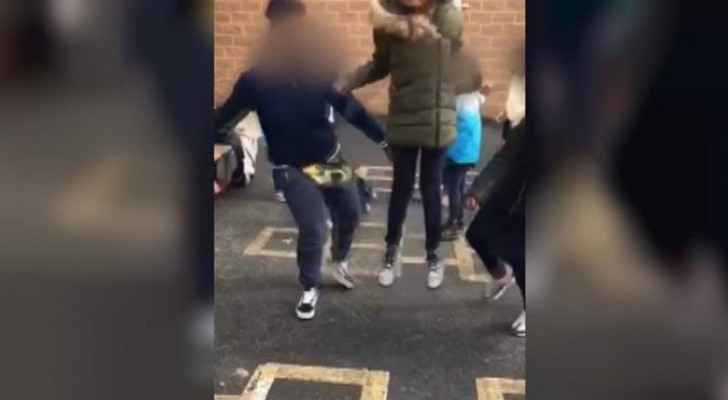 A dangerous and potentially deadly trend that people are calling the "skull breaker challenge" is going viral on TikTok.

Also known as the "Tripping Jump Challenge", the scary challenge involves tricking someone into jumping in the air for a video. While airborne, the victim's legs are swept out from under them, causing them to fall back onto their head.

The Skullbreaker challenge appears to have originated in South America and is being talked about a lot in Europe.

A video of the challenge was first posted on YouTube on February 4. The title, written in Spanish, reads that it is a viral challenge happening in schools, while the description warns that the challenge is causing skull fractures and other injuries.

On February 8, a parent in Arizona, as US state, shared a public Facebook post warning that her son had been injured and sharing photos.

Valerie Hodson wrote: "I really contemplated posting this, but I feel there needs to be awareness of this malicious cruel viral prank. On Wednesday my son was asked to do a jumping contest with his 2 ‘friends’, when he jumped up, the 2 boys kicked him, as hard as they could, so his legs flew out in front of him. He landed hard flat on his back and head, as he struggled to get up he lost consciousness, he fell forward landing on his face. The school monitor ran to his side, all the while the 2 boys were snickering and laughing as his stiff unconscious body lay on the asphalt. Fast forward at the hospital, he has a head injury, stiches in his face, severe cuts inside his mouth and 2 front teeth I have to keep on eye on. This apparently is a Tik Tok viral prank being filmed and gaining likes on social media. This is not okay, and honestly if your kid believes this is just for fun, you have failed at being a parent."

In addition, several schools posted a warning about the challenge on their Facebook pages.

Many school students have taken this challenge and filmed themselves doing so. Some even ended up in intensive care after taking the challenge.

It’s called the #trippingjumpchallenge or the #skullbreakerchallenge. Call it what you may, it’s dangerous & potentially deadly & a SFL teen & her family are considering a lawsuit after she literally fell victim to this dangerous online “trend”.

Attendance postponed in all schools in Jordan until 10am ....

Attendance postponed in all schools in ....