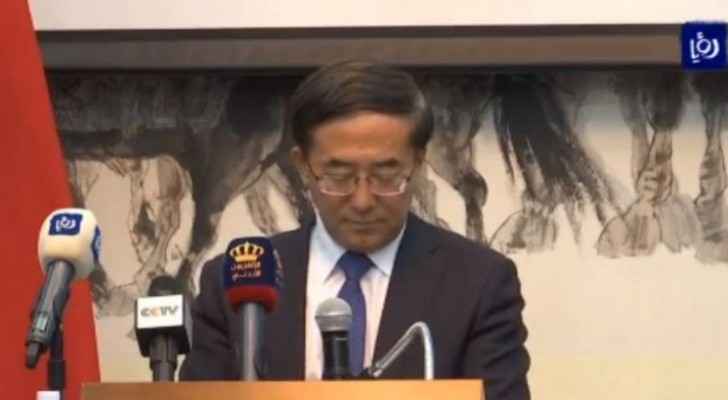 During a press conference held today, Chinese Ambassador to Jordan Pan Weifang stressed that preventing and controlling the coronavirus epidemic has become the Chinese government's and its people's most important task.

Weifang said the safety and health of people come first, noting that Chinese President Xi Jinping issued directives in this regard.

He stated that President Xi had held a special meeting of the Standing Committee of the Political Bureau of the Communist Party of China on the disease to re-examine the work method and relocation, which led to the establishment of a central leadership group on combating the virus.

He pointed out that China has established a comprehensive virus control and prevention system focused on Wuhan and Hubei province with the participation of military medical professionals.

The envoy stated that the Chinese government has taken "strong and effective measures," adding that it will firmly implement them through joint efforts at all levels in a scientific and systematic manner.

"We have found that the epidemic can be prevented, controlled and treated, and the Chinese government will fulfill its international obligations and address the legitimate concerns of foreigners in China immediately and ensure their safety responsibly," Weifang said.

At the request of the Kingdom, the Chinese side allowed a plane into the country to evacuate Jordanian students there, he added.

He said the Chinese government has the determination, confidence and ability to win the battle against the epidemic and control it through concerted efforts, containment and targeted policies, pointing out that China has built a large hospital with a capacity of more than 1000 beds, which opened its doors in just a week.

The envoy said that many people infected with the coronavirus in Chin are recovering after providing the appropriate treatment and are being discharged, assuring that his country will have the epidemic fully under control in "the near future."

He called for following the World Health Organization's initial guidelines and professional observations, and continuing prevention and control of the epidemic in a calm, logical, scientific and objective manner and enhance cooperation to maintain the safety of public health around the world.