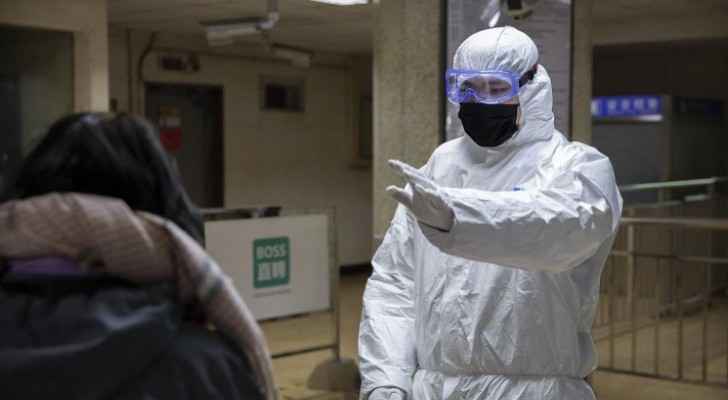 A man has been arrested after secretly filming body bags at a Chinese hospital overrun by the coronavirus, the Mirror reported.

The covert footage was shot by the Chinese man Fang Bin inside a medical facility in Wuhan.

In a horrifying video, Fang goes to a van outside the hospital and counts what appears to be eight body bags piled on top of each other.

He then gets inside and finds more bodies lying in the corridors waiting for people to move them outside.

"The Chinese authorities accused him of being paid by anti-China forces to do so, but he did get much support from fellow citizens!"

Footage posted on Twitter allegedly shows Fang being arrested at his flat and officers taking his temperature to find out if he has a fever, one of the symptoms of the SARS-like virus.

There were unverified claims that Fang had since been freed.

China's death toll from the coronavirus jumped above 360, surpassing the number of fatalities from its SARS crisis two decades ago, with dozens of people dying in the epicenter's quarantined ground zero.

The virus has since spread to more than 24 countries, despite many governments imposing unprecedented travel bans on people coming from China.