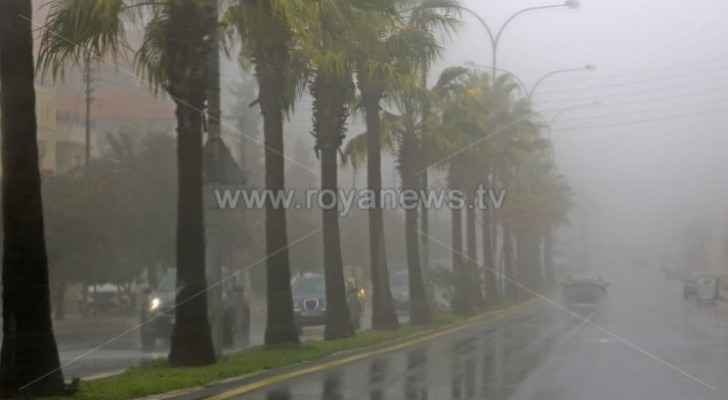 A second-degree weather depression is expected to hit the Kingdom on the dawn of Friday, January 31, according to Arabia Weather.

The weather depression will be accompanied by a cold air mass centered over northeastern Cyprus.

It will peak tomorrow morning and noon, as rainfall is in the forecast, especially over the northern and central parts of the Kingdom, with hail showers and thunderstorms.

Eastern active winds are in the forecast and may exceed 80km/hour, especially in the high mountains and the Badia region.

However, the weather will remain cold and partly cloudy on Saturday, with a chance of rain showers in the northern and central parts of the Kingdom, especially in the afternoon and the evening.