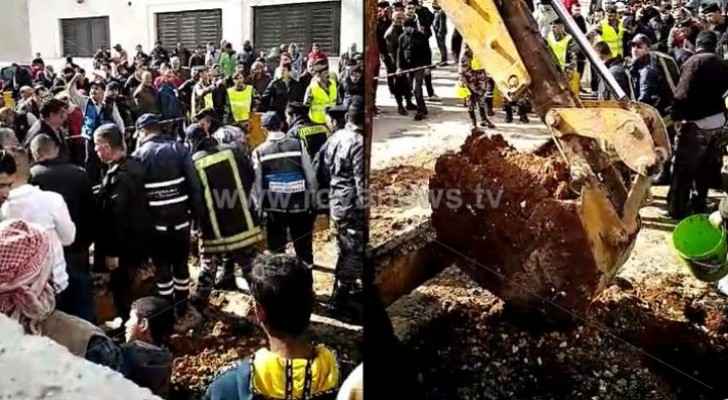 Two workers were rescued in a collapse incident that took place in the Khreibet el Souk area, east of Amman today, spokesman for the Civil Defense Directorate (CDD) said.

The spokesman explained that the search and rescue teams of the CDD managed to rescue two Egyptian nationals after being trapped under the rubble while carrying out construction work in the area.

The CDD cadres used special equipment to pull out the nationals and provided them with the necessary first aid.

The foreign workers were transferred to Al- Bashir Hospital, where they were listed in good health condition.