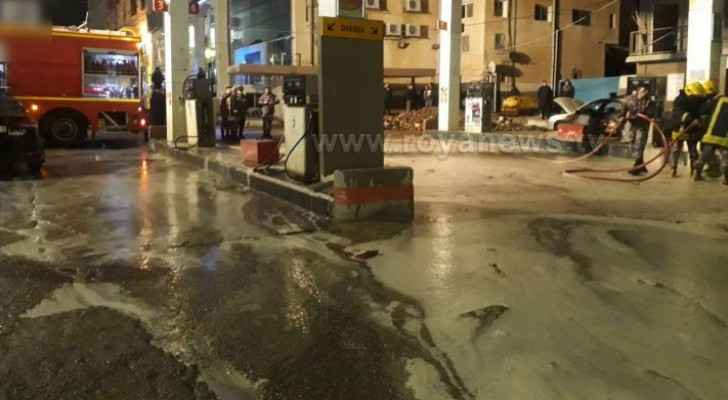 The Cadres of the Civil Defense Directorate (CDD) have extinguished a fire that broke out in a gas station located in a village in Karak governorate, spokesman for the CDD said on Sunday evening, January 26.

"The fire broke out in one of the station’s rooms," the spokesman explained, adding that a vehicle caught the fire.

However, firefighters managed to put out the fire to prevent it from spreading to the oil wells.

He added that the fire caused material damage, with no injuries reported.