Razzaz: Desert highway maintenance project to be completed by the end of 2020

Razzaz: Desert highway maintenance project to be completed by the end of 2020 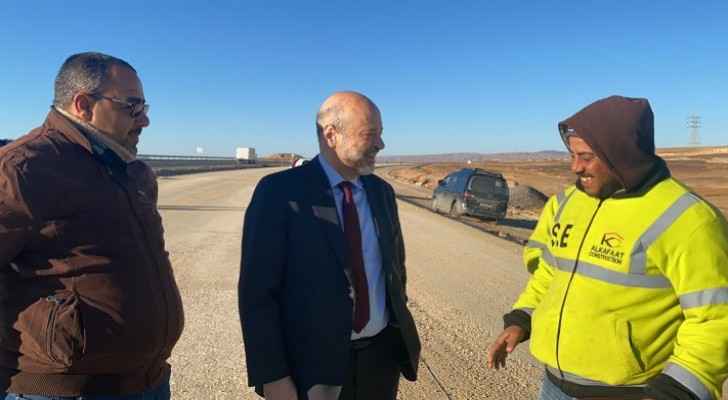 Jordanian Prime Minister, Dr. Omar Razzaz, has headed to the Desert highway today to check on the maintenance project on the road.

During his visit, Razzaz was briefed on the project's operation and the main difficulties facing workers.

“The desert road claimed the lives of thousands of Jordanians over the years and during the maintenance work, workers have faced some obstacles which caused the delay in completing the project," he added.

In coordination with the Minister of Public Works and Housing, Eng. Falah Al-Amoush, the government, follows up on the project with the project's contractor and handles any obstacles that may face workers.

The Prime minister called on the drivers to be cautious and avoid violating the traffic instructions while driving on the road to avoid accidents.

The Desert Highway is 217 kilometers in length and is the main road that leads to Aqaba’s port and connects Jordan with Saudi Arabia through Al Mudawwarah border crossing.

The project includes renovating the entire road to build a new highway with three lanes on each side, while the third lane will be for heavy vehicles.