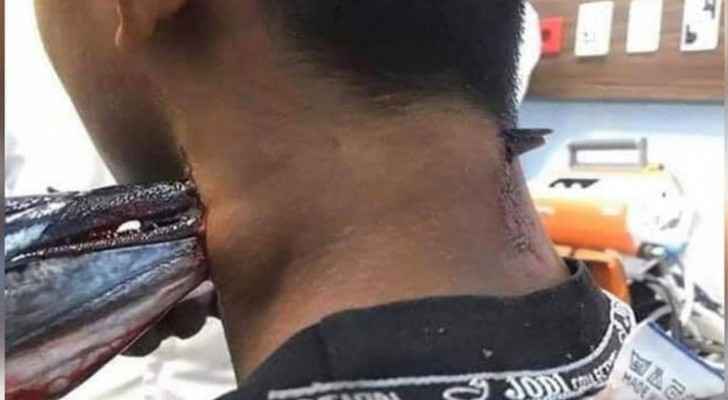 A 16-year-old Indonesian boy has required lifesaving surgery after being impaled in the neck by a flying needlefish.

Muhammad Idul was fishing with his parents in Buton waters off the South East Sulawesi province on Saturday when a needlefish jumped out of the water.

The fish's long slender snout sliced straight through the boy's neck and pierced the back of his skull.

The boy was rushed to hospital for treatment, before undergoing risky surgery to remove the fish from his neck two days later. Photos, which have gone viral on social media, show how the fish pierced all the way through Muhammad's neck from under his chin right through to the back of his skull.

"To remove the fish snout, one must be very careful because there is a large vessel in the neck," Professor Dr Syafri K. Arif said.

Muhammad is recovering well but remains in hospital due to infection risks.

"The child is relatively stable, but at present, the patient is still feverish," a hospital general director said.

"We will wait for the fever to subside. Hopefully the fever won't rise."

They are also adept jumpers renowned for leaping out of the water at up to 60 km/h.