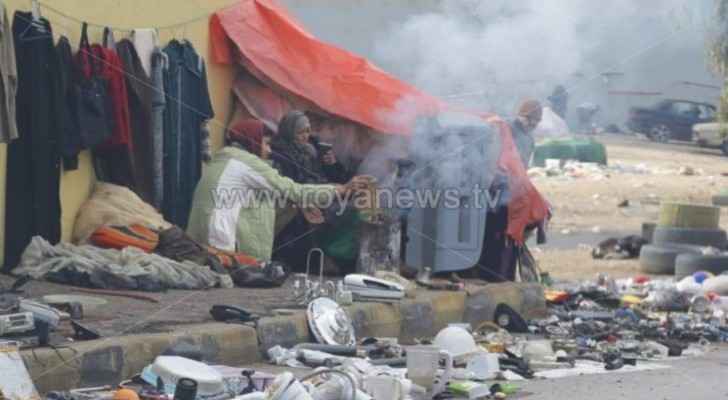 Jordan ranks fifth among Arab states, coming in place after the United Arab Emirates, Qatar, the Kingdom of Saudi Arabia and Oman.

Jordan scored 48 points out of 100 on the 2019 index, down by one point compared with the 2018 score. This slight fallback is due to a mild drop in six out of eight sources used to measure the overall average, namely in relation to a weak governance and bribery prevention.

In a statement, Rasheed for Integrity and Transparency, the national chapter of Transparency International (TI) Executive Director, Abeer Mdanat, said high score on the rule of law index is due to the Jordanian government's initiative to implement a number of reforms and amendments during the past year, but a slight decline in other areas has resulted in a decrease in the overall score. Where Jordan's anti-corruption efforts are concerned, a number of laws were amended, including the Illegitimate Profit Law, the Audit Bureau Law, and the Integrity and Anti-Corruption Law. On the issue of public money, the government has adopted a new approach in screening the queries and violations listed in the Audit Bureau's report and established joint committees to follow up on recommendations and rectify the situation, in addition to referring the necessary cases to the Integrity and Anti Corruption Commission. Furthermore, the Unified Procurement Bylaw (the government's Procurement Bylaw number 28 for 2019) served to establish a unified competent authority concerned with government tenders and procurement; a measure considered as a step in the right direction.

Where combating administrative corruption is concerned, the Council of Ministers has approved the Recruitment Bylaw for leadership positions number 78 for 2019, which provided some procedures that enhance the principles of transparency, as well as the policy of open data and cloud computing. However, more time is needed before we could see those reforms come into effect. Other sources, in which Jordan's score has dropped, focus on measuring bribery and the potential for embezzlement of public money. The Executive Director called to "the need for a holistic approach in the fight against corruption, especially in the prevention and promotion of integrity in general."

Based on the CPI results Rasheed recommends to:

- Enhance integrity and transparency in anti-corruption measures, through the following actions:

- Publicize financial disclosures and beneficial ownership, as well as limit conflict of interest, through the following actions:

- Enhance integrity in the implementation of the recruitment regulation for leading positions number 78 for 2019 - considered a crucial amendment due to the following factors:

- In relation to the Unified Procurement System, we recommend disclosure of the number of objections filed against tenders, as well as the measures taken to address those objections. In the event the objections are justified, it is necessary to clarify the corrective measures that are taken.

- It is necessary to harmonize the numbers/ figures issued by official departments related to the same matter.

- It is necessary to apply an effective electronic system to all government procedures, and to reinforce automation/ e-government through building the capacity of civil servants on the use of such applications.

- It is necessary to review the Press and Publication law, the Right of Access to Information Law and the Electronic Crimes law in order to guarantee an increase in public freedoms and to empower citizens to practice their role in social accountability. Furthermore, it is necessary to support the credibility of information made available to the media based on the need to encourage and enhance freedom of expression.

- It is necessary to increase public awareness and to encourage citizens to report corruption; as well as to protect activists, informers and journalists.

- It is necessary to promote a deep understanding on the concepts of integrity, transparency and accountability in order to combat corruption among school and university students through a specialized scientific curriculum.

- It is necessary to simplify investment procedures through downsizing bureaucratic red tape that foreign and local investors have to deal with.

On the Arab level, the United Arab Emirates and Qatar have scored the highest points on the Index compared with the rest of Arab states, whereas Yemen scored 15, Syria scored 13, and Somalia came last, scoring nine points. Perhaps the reasons for such low scores can be attributed to institutional weakness, lack of rule of law, widespread escape from punishment, restricted and suppressed public freedoms, undermined civil society roles, as well as the absence of transparency in the formulation and expenditure of the general budget.

TI launched the 2019 Corruption Index, which clearly illustrates the referred to weakness, especially in relation to increased "wasta" to obtain services from certain institutions, as well as increased vote buying in elections. TI President, Delia Ferreira Rubio, said "governments must quickly address the corrupt role played by huge amounts of money spent to finance election campaigns and the illegitimate impact this has on our political systems."

The Index ranks states by their perceived level of public sector corruption according to the opinions of experts and business executives. The CPI is complex and is known as the leading global indicator, as it relies on data gathered through surveys as well as specialized opinion polls conducted by independent institutions in order to determine the extent of public sector corruption in 180 countries and regions. It uses a scale of 0-100, where 0 is considered highly corrupt, and 100 is very clean.

The CPI covers a number of topics that are of crucial interest to the public, such as bribery, accountability, the monitoring of how public money is spent in the various sectors, embezzlement of public money, misuse of public office to achieve personal gains, the power of government to curb corruption, bureaucratic and red tape procedures that contribute to increased opportunities for corruption, nepotism in appointments to government jobs and positions, prosecution of corrupt individuals and the related laws, protection of journalists who report corruption, and the ability of people to access information of public interest. The above topics are categorized within eight sources that were used to reach Jordan's score for the said year: