Japanese grant of US$90,620 for Medical Equipment project for charitable medical center

Japanese grant of US$90,620 for Medical Equipment project for charitable medical center 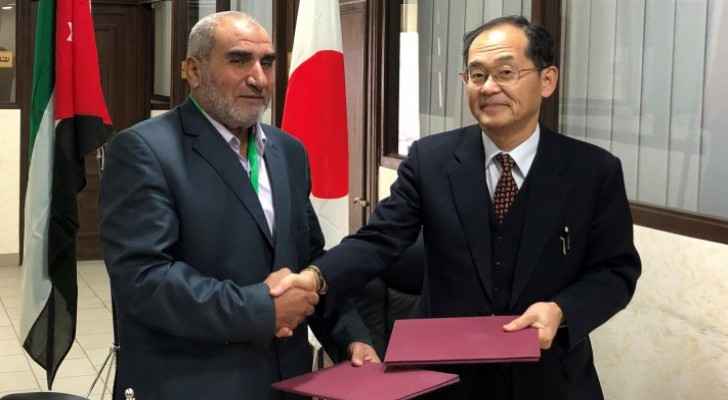 The Government of Japan has decided to extend a grant of ninety thousand six hundred and twenty US dollars (US$ 90,620) to an NGO named Al-Urwah Al-Wuthqa Charitable Association for the provision of medical equipment under the scheme called Grant Assistance for Grass-roots Human Security Projects (GGP).

A Grant Contract was signed on January 20th, 2020 by H.E. Mr. YANAGI Hidenao, Ambassador of Japan to the Hashemite Kingdom of Jordan and Dr. Mousa Salman Al-Aqtash, President of the Association.

This grant assistance aims to provide medical equipment for the establishment of a new charitable medical center in Nazzal area, East Amman. This clinic will have 3 departments; G.P., Gynaecology and Dentist with its own pharmacy and laboratory facilities, which will provide primary healthcare service for vulnerable people irrespective of nationality and with or without health insurance. Since its establishment in 1965, Al-Urwah Al-Wuthqa Charitable Association has worked towards combatting poverty by cash and in-kind assistance. Through the development of their activities, a comprehensive project to support poor families and orphans was launched in 2012, which provides them with not only living base but also educational care and health & medical care. Establishing the medical center is a part of this project and primary health care service will be provided at affordable prices.

At the signing ceremony, Ambassador Yanagi expressed his gratitude to Al-Urwah Al-Wuthqa Charitable Association’s great contribution to the society and stated: “The Government of Japan placed great value on the work of the Association, especially the activities to support the life of vulnerable people including both Jordanians and refugees from different countries. I sincerely hope that this new project will help the Association save lives of vulnerable people and further contribute to a better future for the people in need .”

Under Japanese Grant Assistance for Grass-Roots Human Security Projects, Japan has extended more than ten million US Dollars for 148 projects to non-governmental organizations, schools, hospitals, and local governments in Jordan since 1993.