Threatened species even more at risk due to Australia's bushfires

An injured koala sits at the Kangaroo Island Wildlife Park 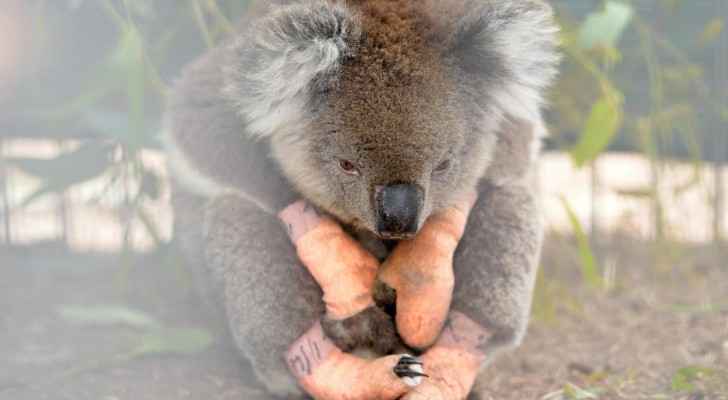 Australia's bushfires have burned more than half the known habitat of 100 threatened plants and animals, including 32 critically endangered species, the government said Monday.

Wildlife experts worry that more than a billion animals have perished in the unprecedented wave of bushfires that have ravaged eastern and southern Australia for months.

Twenty-eight people died in the blazes, which have swept through an area larger than Portugal.

Officials say it will take weeks to assess the exact toll as many fire grounds remain too dangerous to inspect.

But the government's Department of the Environment and Energy on Monday issued a preliminary list of threatened species of plants, animals and insects which have seen more than 10 percent of their known habitat affected.

Sally Box, the department's Threatened Species Commissioner, said the survey results were just a first step in understanding the potential impact of the bushfires on Australia's wildlife.

"Some species are more vulnerable to fire than others and some areas were more severely burnt than others, so further analysis will be needed before we can fully assess the impact of the fires on the ground,” she said.

Of the 32 critically endangered species impacted by the fires, most were plants though they also included frogs, turtles and three types of bird.