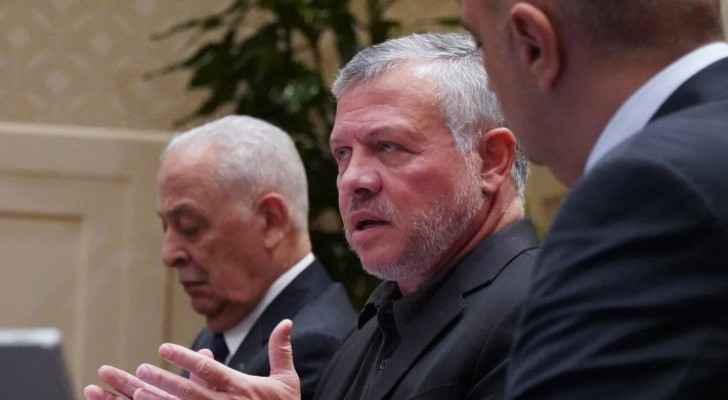 His Majesty King Abdullah stressed on Sunday, January 19, the importance of partnership among the government, the private sector, and experts of various sectors to improve economic conditions.

Speaking during a meeting with political, economic, academic, and media figures at Al Husseiniya Palace, King Abdullah referenced the economic program currently being implemented by the government to improve economic conditions and promote investment, noting that the government has announced it will continue to launch stimulus packages this year.

During the meeting, His Majesty underscored the importance of the rule of law and enhancing anti-corruption mechanisms.

For their part, the attendees emphasized the importance of His Majesty’s speech to the European Parliament.

They also called for highlighting national achievements and positive developments, noting the economic program implemented by the government and expressing optimism over its stimulus packages.

The attendees emphasized the key role of public-private partnerships, adding that the private sector must shoulder its social responsibility.

They also highlighted the need to attract investments, calling for investing in education, agriculture, and tourism, and underscoring the importance of technical education and revisiting university admission policies.

The speakers pointed to the media’s role in expressing the state’s message, outlining facts, and countering rumors, stressing the need to fight corruption.