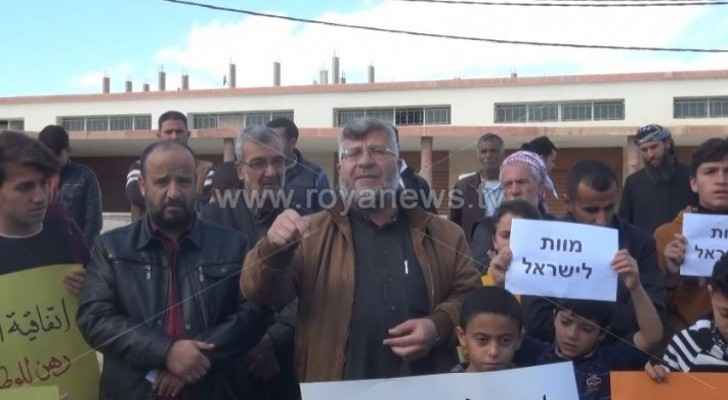 Dozens of citizens have organized a protest in Ma'an governorate today, denouncing the Jordan-Israel gas agreement.

During the protest, people called for the immediate cancellation of the agreement.

Earlier this month, Jordanian parties and syndicates organized a march in Downtown Amman, where they protested against the agreement and called on the government to drop it.

Protestors described the agreement as a "historic catastrophe" and "humiliation and shame agreement".

They demanded that all those who involved Jordan in this agreement must be held accountable.

Photos: Snowfall in southern Jordan this ....