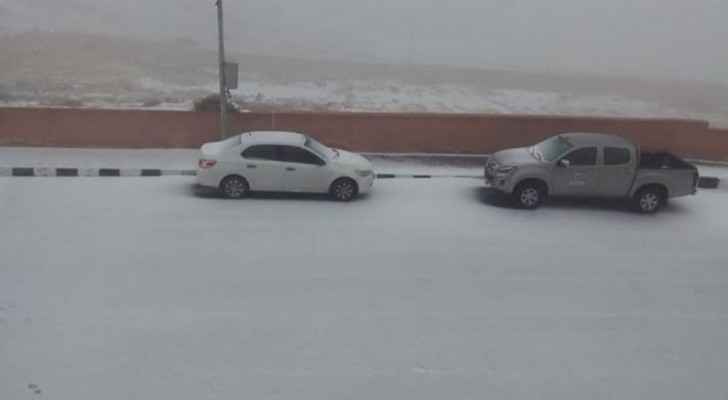 Several areas in the Tafilah governorate and Petra have witnessed heavy snowfall this morning.

As snow blanketed areas of Bsaira and al Qadeseyah in Tafilah, there were partial road closures in those areas.

However, the concerned bodies have opened the roads.

The areas are also witnessing heavy fog, which is causing low visibility.

Areas of Al- Taybah and Rajef of the Petra Brigade in Ma'an governorate have also witnessed road closures due to snowfall.

The Petra Development and Tourism Region Authority has called on citizens to exercise caution while driving to avoid the risk of slippery roads while driving.

The Authority announced its full readiness to open the roads in areas where snow accumulation may occur. It has also called on citizens to call the following phone numbers in case of emergency: