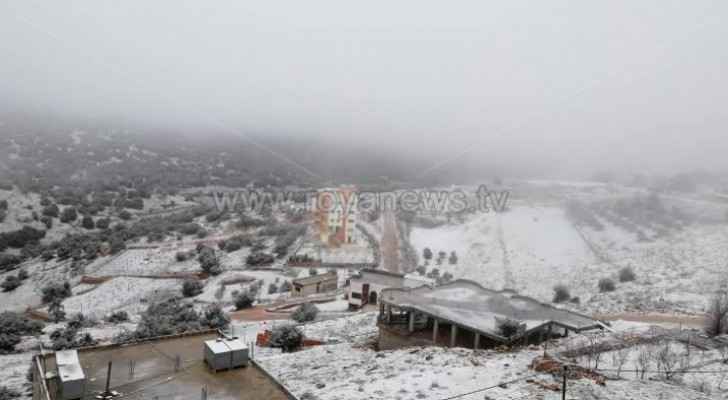 In a live stream interview with Roya, head of Arabia Weather, Mohammed Al-Shaker confirmed that the northern and central regions of the Kingdom are expected to witness heavy rainfall in the next couple of hours.

Al-Shaker mentioned that heavy rain is expected to fall non-stop for a long time over the night.

He confirmed that tonight and tomorrow's dawn, areas that exceed 1400 meters above sea level, especially in the south of Jordan, may witness some snowfall, while other areas may witness rain mixed with snow.

Temperatures may reach -3 tonight, as the weather will be extremely cold.